As regular readers know, I am fascinated with space. I earned my B.S. in aeronautical and astronautical engineering from Purdue University. As a younger man, I had ambitions of becoming an astronaut before a football injury that resulted in back surgery scuttled my plans. I’m even an angel investor in a company called Axiom Space, which is building the world’s first commercial space station.

So I’m thrilled that we’ve had so many space-related stories to cover here in The Bleeding Edge. And I’m very excited to share what will certainly be one of the biggest developments this year in space travel…

We just got news that Richard Branson’s space company Virgin Galactic is going public. It will become the first publicly traded commercial space travel company. Welcome to the new Space Age. It appears that Virgin Galactic will beat Blue Origin and SpaceX to the public markets.

As you may know, Virgin Galactic is one of the key players pioneering space tourism. Right now, it is selling suborbital space flights for the cool price of $250,000. And they have as many as 600 people who have signed up… committing $80 million to secure their flights.

Now, I know that price point is too high for most of us today. But it will come down as Virgin’s technology and operational improvements drive down the per-flight costs to space.

Ultimately, commercial space flight will be widely available… And that’s an amazing prospect. One day soon, orbiting the Earth for a few days will be a common family vacation akin to going to Disney World during summer break.

So the fact that Virgin Galactic is going public is exciting. And it is taking a unique route.

Rather than going through all the IPO paperwork and filings… and shelling out millions in legal fees… Virgin Galactic is effectively going to do a reverse merger with a shell company established by a well-known venture capital (VC) firm. Here’s how it works…

In 2017, VC firm Social Capital created a special purpose acquisition company (SPAC) and took it public. The company, Social Capital Hedosophia, is basically a nonoperating shell company. That company was funded with $600 million… And its sole purpose was to find a company to acquire.

For two years, Social Capital’s shell company has traded on the New York Stock Exchange under ticker IPOA… But the company hasn’t done anything. It’s just been sitting on a pile of cash.

Well, on Tuesday, it was announced that Social Capital would acquire 49% of Virgin Galactic… which will allow Virgin to “back into” the publicly traded shell company. It will likely change the company’s name to “Virgin Galactic” or something very similar. And it will change the stock ticker to match. But Virgin Galactic won’t have to go through all the complexities of going public from scratch. Social Capital’s already done that.

A traditional IPO listing for Virgin Galactic will happen later this year. And it likely will offer additional shares to public investors at that time in order to raise additional capital.

Of course, the mainstream press is saying that this is a revolutionary way to take tech companies public. And as usual, they are dead wrong.

This method of merging into a shell company has been used for decades. It’s a win-win for both parties.

In the case of Virgin Galactic, Branson reduces his risk by raising outside capital. But with 51% ownership, he still maintains control of the company.

As for Social Capital, it gets 49% of one of the hottest tech companies in the world… and the world’s first publicly traded commercial space travel company. It’s a great deal.

So I’m excited to watch this story play out. And I’ll keep you posted on updates in these pages.

As a disclaimer, this is not a recommendation to buy IPOA or Virgin Galactic when the IPO lists. We don’t yet know much about their business… or the details of the IPO. As a reminder, valuation is critical when assessing whether to buy into a company at the time of the IPO… And this assumes that normal investors can actually get shares. Unfortunately, they can’t for most tech IPOs. But this is certainly one to keep an eye on. As the business prospects for Virgin Galactic become clearer, it could make for a great investment.

Autonomous driving technology is not limited to vehicles…

Some recent research demonstrated that an artificial intelligence (AI) pilot successfully landed a plane in Austria… with no input from the human pilot.

The AI pilot was developed by the technical universities of Braunschweig and Munich in Germany. It uses image recognition to find the runway… align the plane with the runway… manage the glide path… and bring the plane down for an optimal landing. All without the human pilot. 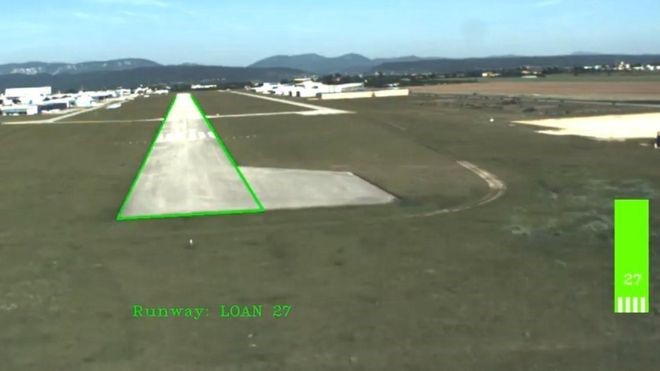 This is a major breakthrough… But it isn’t the first instance of autonomous technology for flight. In fact, Boeing did this in January in a vertical takeoff and landing concept aircraft. The difference is that this flight in Austria was performed using a fixed-wing aircraft.

Most people don’t realize this, but planes have been almost entirely autonomous for more than a decade now. On average, pilots spend just a few minutes manually flying the plane during any given flight. The rest is flown on autopilot.

So the technology being developed in Germany is really a step toward automating those last few minutes that require a pilot’s attention.

And here’s a great stat… Since the use of modern autopilot technology, about 94% of all aircraft accidents have been eliminated.

So the big takeaway is this: Planes became far safer when they started to fly themselves. And the same thing will happen to cars when they start driving themselves. Expect to hear a lot more about the autonomous vehicle trend later this year.

Menlo is taking a novel approach to cybersecurity. It’s called isolation. That means it runs all its customers’ web activity in the cloud. In other words, its customers access web browsers that run in a remote data center, not on the device or network that they are using.

Because of this, there’s no chance for infection of the company’s computers, phones, or tablets. It avoids 100% of web-based cyberattacks.

This is an innovative approach… But here’s what really caught my eye. JPMorgan’s asset management group led the Series D funding round on behalf of its high-net-worth clients.

This likely signals a new trend in early stage investing. Here’s why…

Most VC firms are terrible investors. In fact, 95% of them are either just breaking even or losing money.

What’s more, the VC firms themselves often put in only 1% of a fund’s total size. Their investors put in the other 99%.

So the VC firms don’t even have much skin in the game at all. Still, they charge a 2% yearly management fee on funds committed, and they take 20% of any profits. It’s an absurd model, especially since almost every venture capital firm underperforms the S&P 500 year after year.

Frankly, it’s amazing to me these guys are still in business. Being highly selective with the early stage companies you invest in… and only putting money into the best ones… is a far better approach.

That’s what I do with my own money. And JPMorgan Asset Management’s clients are doing just that with Menlo Security. I suspect we’re going to see more and more of this kind of early stage investing…

I have spent the last five years working on a system that makes investing in early stage companies… and massive gains… available to all investors.

If you are interested, I’m hosting a free investor seminar on July 24 at 8 p.m. ET with all the details. You’ll certainly want to be there. Get all the details and save your spot right here.