One of the most memorable movies from my childhood is “It’s a Wonderful Life.” It is a remarkable snapshot of another era when things were so much simpler. And it gave us a reminder of what’s important in life.

And while I didn’t fully understand it at the time, it provided us with a great lesson about the financial system and what can go wrong when investors lose confidence.

In the movie, the town learns that the local bank simply doesn’t have all of its customer’s deposits on hand. In fact, the funds held in the bank are only a fraction of what its customers deposited.

Everyone panics, complete chaos erupts, and the mob wants to withdraw the funds as quickly as possible before they lose everything. Of course, the story has a happy ending, but in real life, that’s very rare when it comes to the financial system.

And just a few days ago, we witnessed a classic run on the bank – just like in the movie. This time, it didn’t end well at all.

Algorithmic stablecoins, however, have mechanisms whereby the goal is for the price of the coin to hover near a dollar in the long term. This means more volatility from day to day than what you would realize with a fully collateralized stablecoin.

In the case of Iron Finance, it didn’t work out that way.

$2 billion worth of IRON tokens’ market value was reduced to zero in a matter of hours. What happened?

It was a bank run.

Some large holders lost confidence in the underlying assets of the project and wanted out quickly. Given the relatively small size of the DeFi project – like the bank in the movie – it simply didn’t have the ability to return all of those funds in a short period of time.

Panic ensued. Everyone wanted out.

Even someone who we might think of as a sophisticated investor and technologist like Mark Cuban got burned badly. He had been providing liquidity to the project. Now he’s crying for more regulation… Hilarious.

Partially collateralized projects can work for a while if all who have allocated capital to the project maintain confidence.

And that’s where the problem lies. With partially collateralized projects like this that do depend on market confidence, the confidence eventually breaks. And when that happens, it’s a run for the doors.

Not such a happy ending…

Our goal is to invest wisely at attractive valuations and speculate carefully with smart position sizing when the risk/reward setup is highly attractive. That is precisely how we continue to drive outsized returns year after year.

We have followed Visa’s attempt to acquire financial technology (fintech) company Plaid closely here in The Bleeding Edge. And it seems the credit card giant isn’t ready to give up…

As a reminder, Plaid is one of my favorite private financial technology (fintech) companies. It’s an application programming interface (API) company. APIs are basically “bridges” that allow two different software systems to communicate.

And Plaid’s APIs plug into traditional banking systems. They are the “glue” between our bank accounts and any kind of software application that needs to support payments.

Visa recognized that Plaid’s technology is invaluable for e-commerce and online banking. It powers the next generation of consumer-facing financial services. That’s why it offered $5.3 billion for the company.

However, the Department of Justice (DoJ) launched an investigation into the acquisition on anticompetitive grounds. That delayed the deal for about six months… And the value of Plaid more than doubled in that time.

This prompted Plaid to walk away and remain an independent company. After all, why sell out for a fraction of what you’re worth? That’s especially true when you’re still seeing tremendous growth.

But Visa isn’t giving up. The company just announced that it is acquiring an early stage fintech API company called Tink for $2.1 billion.

Tink is basically Sweden’s version of Plaid. Its technology works largely in the same way. The difference is, Tink is a smaller player primarily focused on Europe.

The fact that Visa is going after Tink shows how badly it wants to have its own API technology in-house. But here’s the thing – Visa is going to have the same problems it had with Plaid here.

To start with, both European and U.S. regulators are going to assess this acquisition. It will certainly have to be approved in Europe. And if Visa plans to bring Tink’s tech into the U.S., the DoJ may get involved yet again.

Meanwhile, Tink’s revenues and cash flow are growing rapidly. That means the company will continue to grow in value while Visa works to close the deal.

If we look at Tink’s early stage funding rounds, its Series D raise happened last December. Tink raised nearly $102 million that round, valuing the company at just under $813 million.

Visa’s $2.1 billion offer implies that Tink has more than doubled in value in the last six months. And we can imagine that will continue over the next six months as well.

So Visa’s best shot to close the deal is to convince European regulators to approve it very quickly. Otherwise, there’s a good chance that Tink ultimately walks away.

So we’ll monitor this story closely in the coming months – just as we did with Plaid.

Clearly, Visa understands how critical this API technology is in the financial services industry. APIs represent a strategic foothold of sorts. Without them, Visa is stuck in a lower-value segment of the industry with slower growth.

The outcome of this deal will have a big impact on the entire financial services industry. If successful, it would also impact the competitive dynamics with Plaid.

Volvo is launching a Trojan horse of sorts…

Traditional carmaker Volvo just announced that its most high-tech SUV to date will be released next year. It’s the XC90, and it’s like nothing Volvo has ever put on the road before.

The XC90 will be an electric vehicle (EV) equipped with a LIDAR (light detection and ranging) system from Luminar Technologies. This system consists of sensors that enable the car to “see” its surroundings.

And the XC90’s LIDAR system will be paired with NVIDIA’s Drive Orin, which is artificial intelligence (AI)-based self-driving technology. That’s big news. This makes Volvo the first traditional carmaker to put the technology that can enable a self-driving car in full production.

Volvo hasn’t said how advanced the XC90’s self-driving features will be at release, but the car will have everything it needs to drive itself. And Volvo plans to upgrade its self-driving software consistently using over-the-air updates. That’s the Tesla model.

And here’s where it gets especially interesting…

Volvo is not touting the XC90 as a self-driving vehicle. Instead, Volvo is claiming that the SUV is being equipped with an advanced safety system. Basically, it’s saying that the self-driving technology’s sole purpose is to help avoid accidents.

This tells me that Volvo is using the XC90 as a Trojan horse. Its goal is simply to get the SUV on the road so it can start collecting data from the car’s advanced sensors. Volvo will then train the AI on this data to make its own self-driving technology better.

Again, it’s the Tesla model. It’s all about the data. Without the large data set, it can’t improve its AI. So Volvo is essentially seeding the market with the technology to collect the data that it needs.

And this speaks to how big of an advantage Tesla has in the industry. Tesla vehicles have now driven over five billion miles on Autopilot. And the sensory data from every single one of those miles has been fed back to Tesla’s AI, helping improve its technology.

It seems the legacy carmakers are starting to realize just how far behind they are.

And given the extra production costs involved, I suspect Volvo isn’t worried too much about whether or not it will make any money on XC90 sales. We don’t know the cost structure, but I’ll just assume that it will break even on the new XC90s.

I suspect that this release isn’t about profits… It’s about collecting all of the sensor data, LIDAR, and video data required to develop its own technology. In this way, it’s a shrewd move and a smart way to get into the game of autonomous tech.

The scoop on Facebook’s latest patent…

Facebook just filed a patent around an augmented reality (AR) hat. I got a kick out of this. 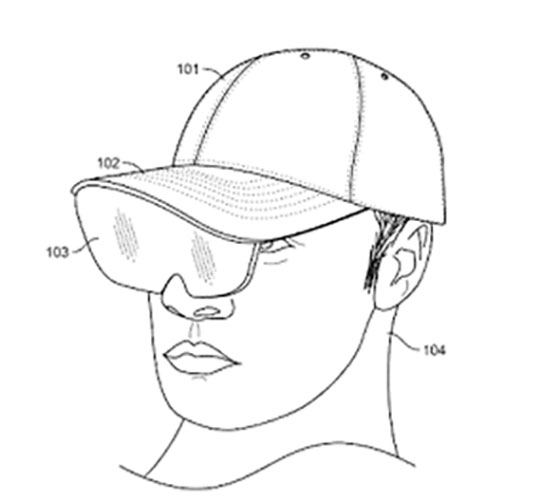 The idea here is that a lens folds down from underneath the bill of the hat. And this lens acts similarly to AR glasses. It would overlay graphics and data over the top of the wearer’s field of vision.

Taking this approach would allow Facebook to deploy technology in various parts of the hat, rather than in the lens itself. This solves the problem of needing the glasses to be big, bulky, and potentially uncomfortable in order to support all of the tech needed to power the AR.

That makes perfect sense. And Facebook seems to think that an AR hat would be more comfortable for consumers than AR glasses. It even envisions deploying this technology in other kinds of hats like fedoras and cowboy hats. I really got a chuckle out of that.

But we should ask the question… How many of us would actually go about our day wearing this odd hat?

I suspect the answer to that question is very few.

To me, this is absolutely silly. It reminds me of the clip-on sunglasses fad back in the 1980s. Flip them up when you don’t need them, and flip them right down when you do… I just can’t see this being something that people will use in everyday life.

My firm belief is that the future of AR is eyewear that looks and feels like a normal pair of glasses. The form factor has to be sleek and comfortable. The glasses must look normal… Maybe even stylish in some ways. They have to be something that people would walk around wearing every day.

Nobody has cracked that code yet, but as we’ve noted in The Bleeding Edge, some major players are getting very close.

And Facebook can forget about the AR cowboy hats…

P.S. One final reminder… Tonight is the last night to view the replay of my Silicon Valley “Unlocked” presentation from last week. There, I shared with attendees all about “Penny IPOs”… These are small companies that still go public early – with their biggest growth still ahead. That makes them some of the best ways to achieve venture capital-like gains.

If you haven’t yet caught up on this story, then please don’t miss out before the video disappears at midnight. Go right here to watch.