Stay away from this high-flying IPO…

Workplace productivity company Slack (WORK) went public last Thursday. As we talked about last month, Slack chose to do a direct listing rather than a regular IPO.

Traditional IPOs flow through investment banks. The banks shop the IPO to large institutional investors to determine market demand for shares. This process helps to determine the share price at the IPO.

And investment banks have a terrible record when it comes to setting the “right” price. If they did great work, a company’s share price wouldn’t rocket up or drop down on the day of the IPO. It would close within a couple of percentage points of the original IPO price.

That would indicate that it was correctly valued. And for the work that the banks do, they collect roughly 7% of the total sale.

So why should a company bother going public if not to raise money? The answer is simple. Holding the public offering provides the opportunity for shareholders (investors) in the company to finally have liquidity.

Founders, venture capital firms, angel investors, and employees are all given the chance to take some of their gains off the table.

And with a direct listing, there are no lockup periods. The day of the listing, any shareholders can sell some or all of their position. Just like any publicly traded stock, there are buyers as well. The key point is that the market will determine the share price, not the investment banks.

In its direct listing, Slack set a reference price of $26. This is just the price at which Slack expected its stock to trade on day one.

By that measure, Slack’s IPO went exceptionally well. The stock closed at $37.22 on Friday. That’s 43% above the reference price. And Slack was able to go public for just $22 million in associated fees for the listing… a fraction of what it would have cost if it went the traditional IPO route.

But Slack’s valuation is in the nosebleed seats at these levels.

Think about this… Slack was valued at $7 billion after its last venture capital raise as a private company. That was August of last year.

Today, Slack is trading at an enterprise value (EV) of $18 billion. The company’s valuation more than doubled in less than a year.

What’s more, Slack now trades at an enterprise value to sales (EV/sales) of 42. In other words, the market says Slack is worth 42 times more than its annual sales revenue… not profits.

To be candid, that’s insane…

It doesn’t matter how fast a company is growing, an EV/sales of 42 is ridiculous. It’s not sustainable.

So here’s the rub… I love Slack as a company. We use its product every day in our company.

Slack has made a fantastic product. Most technology companies and information companies also use Slack. It facilitates real-time communications and collaboration, and work simply gets done faster.

But its valuation is way too high here. The stock is going to fall in the coming months. Investors should steer clear of Slack for now. When I evaluate technology companies for investment potential, valuation is always one of the key metrics that I use to determine if the timing is good or not.

Anyone who recommends shares of a company trading at an EV/sales of 42 is guaranteed to lose investors’ money. And what I do with my investment recommendations is exactly the opposite… help investors make money.

Another sign self-driving cars are closer than most think…

This is interesting because Velodyne has been around for decades. It has been making the sensors that go in cars since the early 2000s.

But the company made a major shift several years ago… a strategic shift to focus on lidar technology. This is the technology used by self-driving cars. It is a spinning disc on top of the car that makes detailed maps of the car’s surroundings. We can think of it as a kind of radar… something that can create a detailed 3D scan of its surroundings. 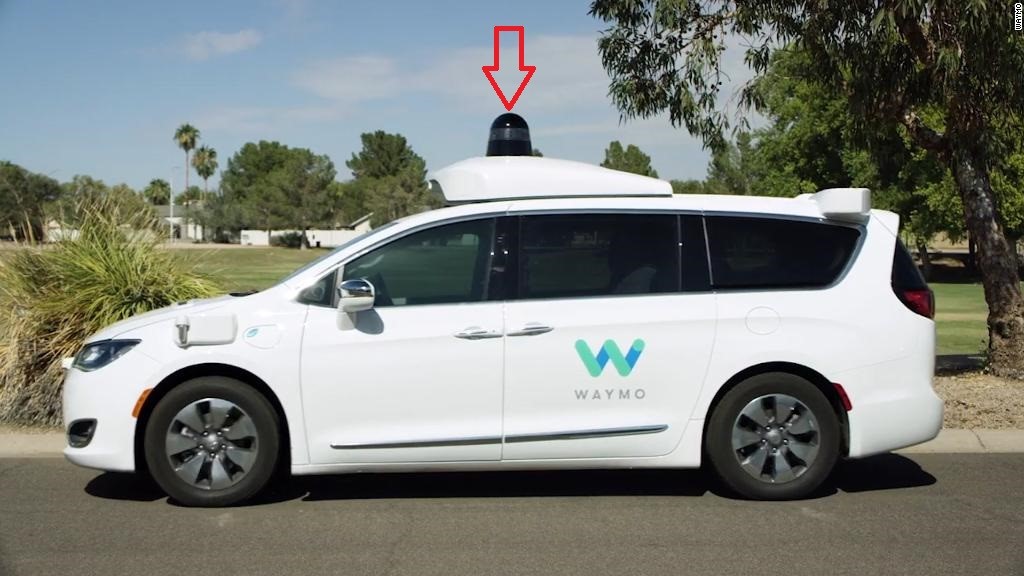 See the black disc on top of this Waymo? That’s the lidar sensor. It is a key part of many self-driving implementations.

So Velodyne’s IPO will likely happen later this year. To me, this is another sign that self-driving cars are much closer than most people think.

And this story gets more interesting when you look at the two companies backing Velodyne. Ford (F) and China’s search giant Baidu (BIDU) together invested $150 million in Velodyne in August 2016.

We have talked before about how Ford is testing self-driving cars and delivery vans. That’s why it is investing in lidar technology.

Baidu is the equivalent of Google in China. It is copying Google’s playbook with regard to self-driving technology. It is using Velodyne’s lidar technology for the purpose of mapping the entire country and also creating its own self-driving division… just as Google has done with Waymo. Investing in Velodyne guarantees it access to the lidar tech it needs.

Clearly, lidar technology has become prevalent for big players in the auto industry… so much so that there has been a shortage of lidar components for the industry. That means we are about to see an explosion of self-driving tech.

And that will create many new investment opportunities for us. Velodyne may be one such opportunity when it goes public… I’ll certainly be watching the IPO closely. But just like Slack, I would only consider Velodyne as a recommendation if the valuation is reasonable.

And speaking of self-driving technology…

Cadillac just announced that its Super Cruise hands-free driving system is live. The system will work on 200,000 miles of roadways in the U.S. and Canada. 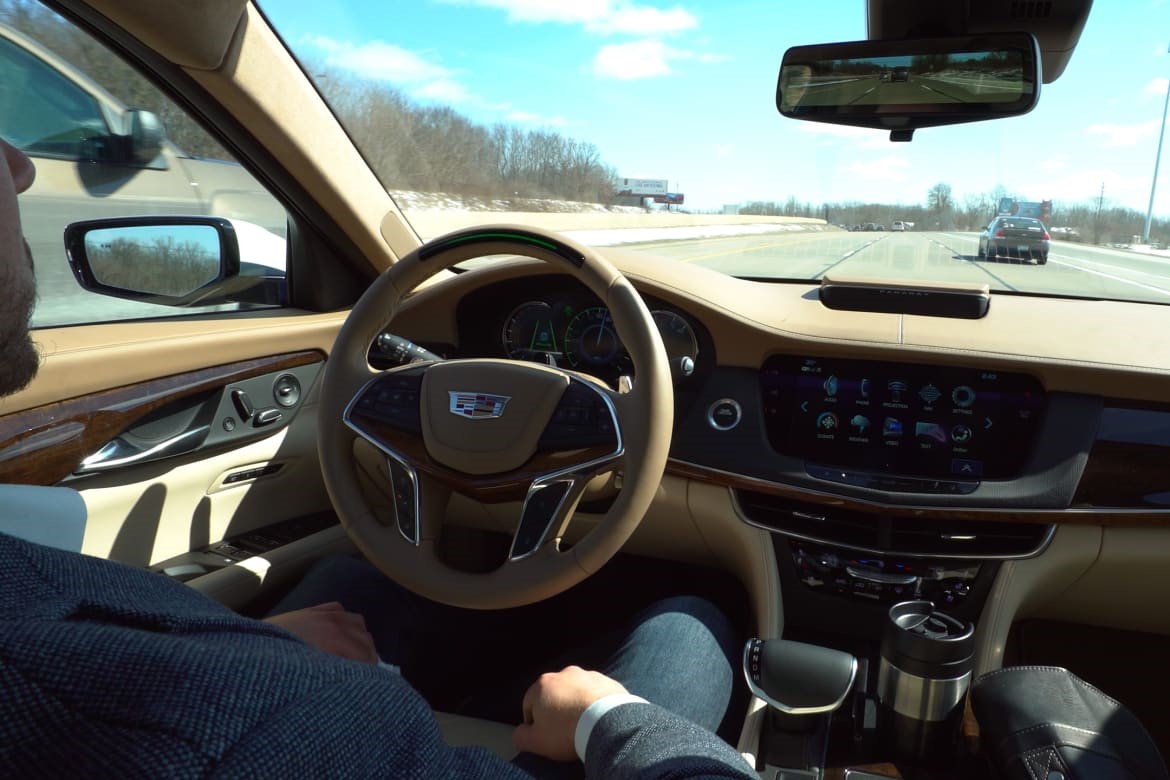 This is even more proof that self-driving tech is becoming mainstream.

Cadillac is a stodgy old car maker that has been around forever. It is a symbol of the traditional American car… And now it’s launching self-driving technology.

What’s great about Cadillac’s system is its practical approach to applying self-driving technology. Its goal hasn’t been fully autonomous vehicles. The Super Cruise system will work on 200,000 miles of major roadways that are already mapped using lidar technology. It’s basically preprogrammed with the fine details of those roads.

I think this is a great approach.

For most drivers, this will cover the majority of their daily driving on major roads or highways. For most of their commute, their Cadillac will drive itself. This is especially helpful when it comes to long trips. And drivers do not need to touch the steering wheel at all.

But when drivers get off the highway, the car will revert to standard driving mode. That means car enthusiasts can still enjoy driving on America’s backroads… Something readers mentioned they’d miss in a world of self-driving cars. With Cadillac, it’s the best of both worlds.

By the way, this technology came from GM’s $581 million acquisition of Cruise back in May 2016. And Cruise has received $7.25 billion worth of investment over the past year.

We are now seeing the fruits of all this investment. And it goes to show how private investment leads to an explosion in bleeding-edge technology.