I want to invite you again to my Silicon Valley “Unlocked” event tomorrow evening. We’ll get started at 8 p.m. ET sharp.

As regular readers know, I have a problem with the initial public offering (IPO) market.

The world’s best tech companies used to go public early, allowing normal investors to buy shares of exciting startups on public stock exchanges. Amazon is the best example of this.

And those who invested in Amazon around the time of its IPO got incredibly rich. But this isn’t remotely possible today.

Too many of the “hot” IPOs today go public so much later in their life cycles – and at absolutely absurd valuations. That means average retail investors have been locked out of the best gains in tech companies.

And that’s not by accident. The venture capitalists (VCs) and private equity have kept the best companies private for longer, reserving all the big gains for themselves. This bothers me to no end.

Fortunately, I have a solution. I just had to go back to Silicon Valley to discover it.

I have been working furiously behind the scenes to build a list of the best small- and micro-cap tech stocks that are currently trading at a lower valuation than when their VC backers invested in them.

And I’m at the point now where I almost have “the list” ready to share with Brownstone Research subscribers. That’s what our event tomorrow is all about.

For readers who would like to learn more about “the list” and what I have discovered poking around Silicon Valley for the first time in over a year, please plan to join me tomorrow night. The event is free to attend – just go right here to RSVP. 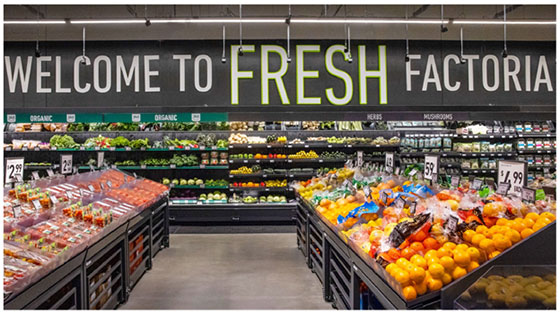 Just as the name of the tech implies, this is the scaled-up version of the “cashierless” technology deployed in the small Amazon Go convenience stores. We talked about that when I visited the Amazon Go location in Manhattan over a year ago.

For the sake of newer readers, Amazon Go stores require shoppers to scan an app on their smartphone when they enter. This links consumers with their Amazon account. They can then walk in, grab any items they want, and walk right out.

Meanwhile, cameras on the ceiling equipped with a form of artificial intelligence (AI) called computer vision (CV) keep track of what products shoppers put in their bags. Then the consumer’s Amazon account is charged for the correct amount as soon as they exit the store.

Based on the success of its Go locations, Amazon has had its sights set on opening larger, “cashierless” grocery stores as well.

The big question mark was whether the same camera-based system would be cost-effective in larger stores. After all, outfitting a full-size store with AI-powered cameras is quite expensive.

That’s why Amazon tested out what it called “Dash Carts” last summer. These high-tech shopping carts allowed users to link their Amazon accounts and scan products directly in the cart. The Dash Cart would then charge the associated Amazon account when the consumer walked out of the store.

Well, it turns out a modified version of the AI-powered camera system was the winner.

The new store in Bellevue is called Amazon Fresh, and it will pair cameras on the ceiling with pressure sensors on the shelves. This provides the same consumer experience as Amazon Go stores.

Shoppers take what they want and leave. And their Amazon account is automatically charged.

I’m very excited to see that Amazon is going this route for its larger stores. It’s a brilliant system that is incredibly convenient for consumers. It makes check-out lines a thing of the past.

And get this – Amazon announced that it is licensing out this technology to other retailers as well. Hudson Markets, Cibo Express, and Delaware North are three retail chains that will implement the “Just Walk Out” system.

Now I’m very interested to see if Amazon rolls out this system to its Whole Foods locations as well. That would be an aggressive move. And it will signal very clearly that the benefits far outweigh the costs.

So we are on the cusp of a massive disruption that’s coming for traditional retail shopping. We will start to see more and more “cashierless” stores over the next 12–24 months.

And it won’t just be grocery stores. Every retail store will eventually adopt this kind of technology. This is the future of in-store shopping.

And it’s a perfect example of how some companies will succeed in the coming years while others will struggle to evolve.

If you’d like to learn more about the “splintering” I see happening… and how to not only protect your portfolio but also profit… then please go right here for more information.

Rocket Lab is launching not one, but two missions to Mars…

In another exciting development for private space exploration, NASA just awarded Rocket Lab a big contract. Per the deal, Rocket Lab will launch two satellites to Mars in 2024. That’s just three years away.

We’ve talked about Rocket Lab several times in The Bleeding Edge. This is an early stage rocket company that produced an engine that is highly efficient, lighter, cheaper, and capable of launching small payloads into space. That’s the company’s niche – smaller payload launches. 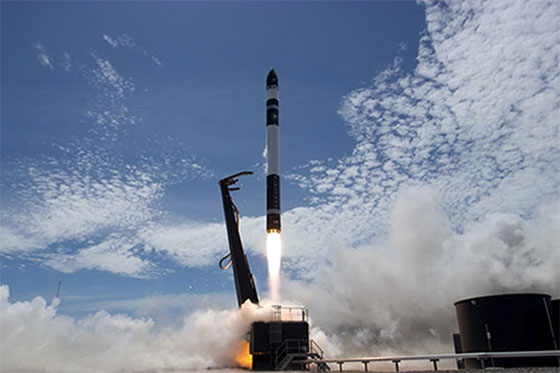 Rocket Lab has now completed 20 missions, and nearly all of them have been successful. The company already won an earlier contract with NASA for the Capstone mission. It will send a satellite into orbit around the Moon later this year.

And Rocket Lab has already announced an ambitious mission of its own to launch a satellite to Venus by 2023. It seems to be carving out its own niche in small spacecraft that can be used to explore our solar system… And its wins with the Mars project make perfect sense.

The two satellites Rocket Lab will send to Mars will conduct valuable analysis around the Red Planet. This includes determining how solar winds impact the Martian atmosphere. What’s learned on this mission will inform NASA’s ambitions of establishing a permanent base on Mars.

And the timing of this announcement is interesting.

Rocket Lab is in the process of going public via a reverse merger with a special purpose acquisition corporation (SPAC) called Vector Acquisition. It’s likely only two or three weeks away from being a publicly traded company.

So news of Rocket Lab’s contract with NASA is hitting at a perfect time. It will give Rocket Lab instant credibility with public investors.

That said, the SPAC is being valued at $4.1 billion. That’s a very rich valuation for a low-margin rocket company. In fact, this valuation implies an enterprise value-to-sales (EV/sales) of 59 based on this year’s estimated sales. For a business like this, which is so capital-intensive, I would expect something less than a 10 EV/Sales.

However, this deal will provide Rocket Lab with about $750 million in funding. That will go a long way toward helping the company scale its operations.

Looking at the bigger picture, I love that NASA decided to go with Rocket Lab for this Mars contract. By bringing Rocket Lab into the fold, NASA is now expanding the field of private companies that can support its missions. I’m sure that NASA doesn’t want to rely too heavily on one supplier like SpaceX.

And notice how NASA isn’t going back to the legacy incumbents like Lockheed Martin and Boeing. They were the go-to vendors for projects like these.

Simply put, NASA is getting better results for far less money… And it’s doing so with innovative new aerospace companies like SpaceX, Rocket Lab, and others. In fact, I predict Blue Origin will be the next private space company to receive a NASA contract.

We’re going to watch the valuations and financials of these space technology companies closely. Over the next 12–18 months, we’ll get a clear picture of their future revenue streams and gross margins, which will help us understand what an attractive valuation will look like for an entry point.

How I know NFTs are here to stay…

We have been talking about NFTs quite a bit here at The Bleeding Edge lately. They have quickly become one of the hottest new asset classes on the planet.

As a reminder, NFTs are essentially digital collectibles. They allow us to cryptographically secure and authenticate unique digital assets or data on a blockchain.

And it’s remarkable how quickly this asset class has gone mainstream. Companies with assets and brands that are popular with consumers have rushed to capitalize on the NFT trend.

And guess which company is the latest to dive into NFTs? None other than Fox Corporation.

That’s right – the same Fox that has six or seven of the top 10 cable TV news programs every month is getting into NFTs. In fact, Fox is creating a new division called Blockchain Creative Labs.

And as part of this move, Fox is investing $100 million in a new fund for digital creators focused on NFTs. The company plans to develop NFTs around its top brands. This could include cable news personalities as well as Fox’s most popular shows of the last few decades.

What’s most striking here is how quickly Fox is getting into NFTs.

If we think about it, there was almost nothing happening in the NFT space one year ago. Today, Fox is on board. Massive corporations don’t usually move this fast.

And it’s not just Fox…

The U.S. Space Force just announced that it is creating augmented reality (AR)-based NFTs that it will auction off. This includes NFTs of satellite imagery, spacesuits, coins, and Space Force patches.

This coincides with the Space Force’s launch of a new fleet of satellites that will enable more precise navigation. The agency is using this as an opportunity to develop and launch NFTs as well.

And get this – the Space Force’s NFT launch is named after the legendary Neil Armstrong. The collection is called the Armstrong Satellite NFT Launch with Space Force.

So the rate of NFT adoption has been nothing short of impressive. And when we see traditional companies and branches of the military getting on board, we can be sure that NFTs are here to stay.

To simplify, NFTs are the next generation of collectibles. They are a digital leap from the physical collectible market that has existed for centuries.

NFTs are assets. They have value that is determined by scarcity and demand, just like any other market. And the ecosystem is developing at a pace unlike anything I’ve seen before.

The NFT market was estimated to be about $250 million last year. That number will be in the billions by the end of the year.

I have lost count of how many major brands and organizations have jumped into the ecosystem to launch their own kind of NFTs.

And for those who like collectibles and have knowledge of this space, this is an emerging market for interesting investment opportunities.

And who knows… We just might find something that we’d like to hold on to for a long time.