It’s been a while since we had a look at the backlog of container ships waiting to unload their cargo at the Port of Los Angeles. The Pacific Ocean near Los Angeles, and San Francisco for that matter, looked like a parking lot during the pandemic… I saw it with my own eyes flying overhead to/from the West Coast. 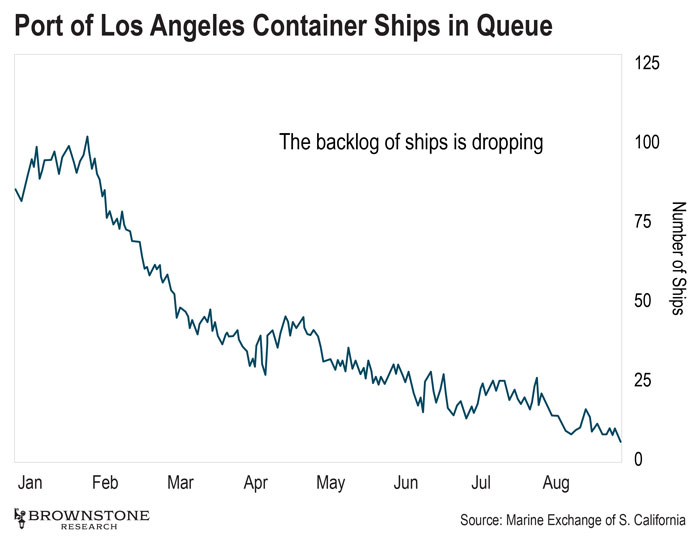 Not surprisingly, there has been a long decline in the queue of container ships since February of this year. The pandemic is clearly over, and logistics teams got back to work clearing out containers on the dock and returning to more normal operations.

August was still busy, with a queue of about 25 ships, but what happened in the last few weeks has been striking. At the start of this month, the queue had dropped to just eight ships, an all-time record low.

That might sound like a good thing. After all, the queue was a symptom of the lack of labor to both unload containers from ships, clear those containers through customs, and haul them out of the port via trucks to distribution centers. Finally, it appears that this backlog has cleared… which means that lead times for goods coming from Asia should quickly return back to pre-pandemic levels.

But the busy August masked what’s really going on. Container imports to the U.S. have collapsed 36% year-over-year. The rapid decline began in May, and it’s really starting to show in the numbers.

What does it mean? There’s an excess in inventories in consumer goods in the U.S., which make up more than 75% of all imports. With “real” inflation much higher than the consumer price index (CPI), discretionary spending has collapsed… and with it, demand.

Imports are suffering as a result. And it’s easy to see the weakening economy now that the Port of Los Angeles has cleared out its container backlog. There’s no hiding it now.

Sadly, even with excess inventories and rapidly declining freight costs, prices for goods and services will remain at elevated levels well into 2023. But on the bright side, the days of 6-month lead times, or not being able to find that PlayStation 5 or Xbox Series X, should be well behind us.

A new player enters the fray to power EVs…

A very interesting company in Utah just came out of stealth mode – Ionic Mineral Technologies. This one caught my eye because it could be big news for the next generation of electric vehicle (EV) batteries.

That’s possible because halloysite is an aluminum-silicate clay that naturally occurs with a nano-tubular structure. This quality makes it a great resource for producing high-quality nano-silicon as a material input for EV batteries.

We’ve written a lot in The Bleeding Edge about solid-state batteries. There is an extensive list of companies working on that technology. And most design their batteries with silicon anodes instead of graphite ones (the typical approach for lithium-ion batteries).

This is important for two big reasons… 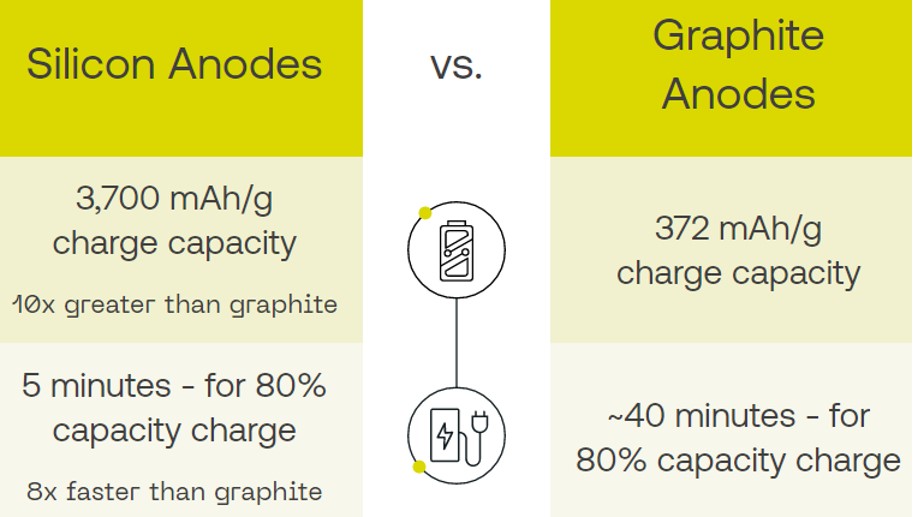 This is key for solving a major issue holding back EV ownership – limited range. Silicon anodes enable people to travel further with these batteries before needing to recharge.

And second, a big EV owner complaint is the 30-45 minutes it takes for their cars to charge. The reality is that most EV owners don’t have access to a 240-volt charger at their home or apartment.

With silicon anode batteries, it’s possible to charge an EV to 80% capacity in about five minutes… a fraction of the time.

But these silicon anodes aren’t perfect. They suffer one major challenge. Silicon swells and contracts during the charge and discharge stages. And dendrites are formed during this process which can, in the worst case, lead to fires.

That’s where Ionic comes into play. It believes its nano-silicon will be a game changer with solid-state batteries. This nano-silicon material has the potential to address this swelling problem.

That’s why I’m going to be keeping an eye on Ionic. I’ll be watching in particular to see if any of the leading-edge EV battery companies begin to adopt the nano-silicon material.

Ionic is unique in that it owns the resource for producing nano-silicon. The company controls 2.4 million tons of halloysite resources in Utah. This is the world’s largest deposit of high-purity halloysite.

The company expects its Utah-based manufacturing plant will be up and running by the end of Q2 next year. Then it will have the capacity to produce tens of thousands of tons of nano-silicon a year that it can sell to battery makers.

And since Ionic is building its plant on U.S. soil, this will help domestic supply chains secure materials. It’s yet another piece in the Great Recalibration I’ve been writing about in these pages, and it’s potentially great news for domestic EV makers.

So this company could be revolutionary for solid-state EV batteries, especially if designs start incorporating its nano-silicon material.

We’ll continue with another frequent topic in these pages – electric vertical takeoff and landing vehicles (eVTOLs) .

United Airlines just stepped up and made a firm commitment for purchasing more electric air taxis.

Well, now United is upping the ante for its electric air taxi fleet. The airline just ordered another 200 taxis from Eve Air Mobility, with an option to buy 200 more. 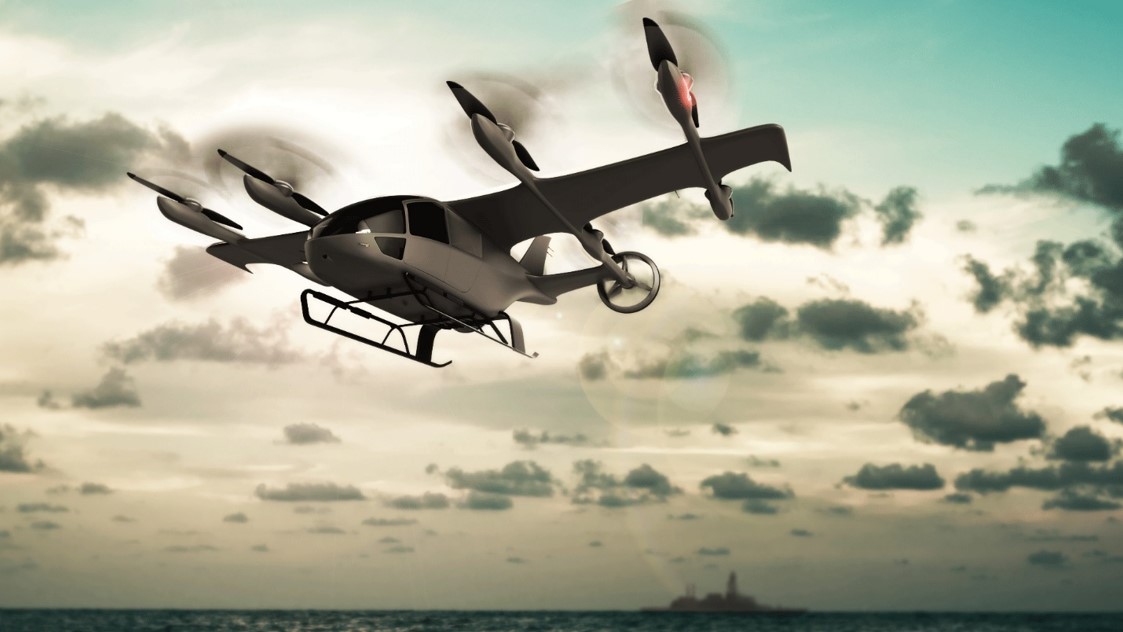 This order came as United invested $15 million into Eve Air. So it clearly sees something it likes… and is hedging its bets.

Now, keep in mind that this is not a recommendation for Eve Air (EVEX). Currently, it has an enterprise value of $2.9 billion, yet it’s years away from any kind of material revenue. It’s currently trading at a valuation that reflects about 63 times forward 2025 annual revenue estimates. And it’s going to be bleeding cash until that time. It will most certainly require additional financing that will further dilute shareholders.

So while this isn’t an interesting investment opportunity right now, it is still a company to watch. Major airlines are pairing up with their eVTOL partners in preparation for what they believe is coming.

The future of transportation includes how air transportation is changing. It’s not just about supersonic aircraft like the kind of technology that Boom Supersonic is pursuing. It’s also about the kinds of short hops that eVTOLs can support.

These air taxis can carry three or four passengers about 150 miles. This could enable people to commute to work from a rural area into a city.

Or people could use them to travel from one part of a city to another. Los Angeles or New York City are perfect examples. They have so much traffic, it can be miserable and inefficient getting around.

So people could opt for eVTOLs for convenience in congested cities. We could take an eVTOL right to JFK airport, bypassing all the traffic.

And these electric vehicles are emission-free, which will make them attractive to some. Once we have clean energy generation to power them, these aircraft could be a “green” option for transportation.

Regardless, this is yet another example of the gaining momentum in eVTOL technology. We’ve come a long way in a few short years…

And it won’t be long until we could start seeing more of these aircraft in the skies where we live. I doubt we’ll have to wait much longer than 2025-2026 before there is widespread use of this technology.

A couple weeks ago, we had another look at Starlink – a division of SpaceX – partnering with T-Mobile in enabling remote cell phone coverage.

Now, Starlink has launched service availability in all seven continents.

That’s because its service just arrived at McMurdo Station on the coast of Antarctica, delivering high-speed broadband to the outpost.

That’s huge because McMurdo historically hasn’t had enough bandwidth to run all its scientific programs. Internet bandwidth has been rationed and in high demand at such a remote location. 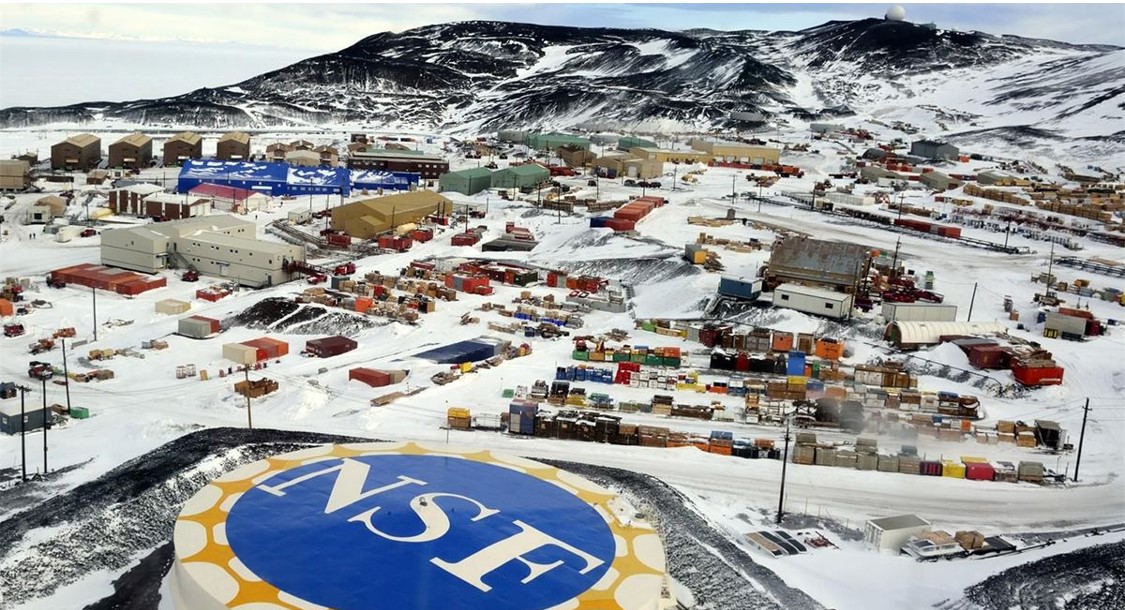 What’s interesting about the deployment in Antarctica isn’t just Starlink’s availability. It’s actually how SpaceX is making it happen.

The issue at hand is that there aren’t any ground stations connected to fiber optic networks in Antarctica. So SpaceX is accomplishing this high speed broadband internet connection using space lasers. Cool, right? The lasers allow for high-speed connections between satellites.

While the world sees Starlink has a satellite-based internet provider, I believe that the endgame is to create a space-based, interplanetary, body backhaul network. That’s the big play.

The backhaul network is only possible with a laser-enabled communication system from satellite to satellite. That way, Starlink will need fewer ground stations and be able to provide coverage to places where ground stations aren’t an option or simply don’t make any sense.

Is this the beginning of interstellar broadband infrastructure? Musk is crazy enough, and smart enough, to put something like that together.

This will be a vast improvement for people who live in rural areas and developing countries – as well as remote locations like Antarctica… or even the Moon. And needless to say, it will put Starlink and SpaceX in an enviable position.