The dynamics of the negotiations between Twitter and Elon Musk, concerning Musk’s planned $44 billion acquisition, have not been as straightforward as expected. The deal that was announced on April 25 was a done deal, right?

For weeks, Musk has been trying to understand from Twitter how many fake or spam accounts are actually on the platform. I’m just as curious.

Oddly, Twitter has failed to produce any credible proof that its own estimates are correct. Musk has threatened to terminate the deal if it doesn’t.

The media is suggesting that Musk is trying to back out of the deal. They’re wrong.

Musk knew in advance of the offer that the number of fake accounts was much higher, but he based his offer on Twitter’s public estimates. This was intentional. Had he not, it’s unlikely the offer would have been accepted by Twitter’s board.

The number of real daily and monthly active users (& user growth), and the average advertising revenue that they drive, are the key metrics that determine the valuation of a company like Twitter. If 20% of the accounts are fake, Twitter is materially less valuable than Twitter represented. That would be grounds for Musk to renegotiate on price.

There is a perverse incentive here. Twitter has always been motivated to use a methodology to underestimate the number of fake accounts on its platform. After all, the larger the perceived audience, the more advertisers are willing to pay to access Twitter’s data. And more users drive higher valuation, and thus a higher share price.

Given that Twitter has been less than transparent with its data and defensive in its positioning, it smells like Musk is on to something big.

The thing is, Musk will win no matter what happens.

If Twitter comes clean and opens up its data to Musk, the deal will be renegotiated at a lower valuation… Musk wins.

And if Twitter continues to refuse to share the data and to obfuscate this issue, Musk has the legal grounds to walk away from the deal. That way, he’s not overpaying for Twitter.

And I seriously doubt that Twitter would prevail in receiving the $1 billion breakup fee… Again, Musk wins.

The severity of its problems with fake and spam accounts would be front and center in the argument. More studies would be run to reveal the severity of the problem. In fact, the attorney general of Texas just launched an investigation into Twitter into exactly this problem.

Twitter needs to come clean, and it needs to get the deal done. It wouldn’t be treated well by the free markets if the deal fell through.

And we need it to go through. These negotiations with Twitter have revealed how badly Twitter needs to be cleaned up.

Not only does it need to discontinue its business practices of censorship, banning of real accounts, suppressing healthy debate, and manipulating information; it needs to get rid of these fake accounts that have been allowed to proliferate on the platform.

It has been fascinating to watch these negotiation dynamics play out in real-time, and that wouldn’t have been possible without Twitter.

An outfit called OpenBCI just unveiled a brand-new brain-computer interface (BCI) headset design. And it’s a big leap over what’s been available up to this point…

As a reminder, BCI technology can enable our brains to “communicate” directly with a computing system. This allows us to control the computer with just our thoughts. And with the right sensors, it allows the computer to respond appropriately to our vital signs as well.

Historically, BCI headsets have not been very consumer-friendly. That’s been a major roadblock to adoption.

Some require brain surgery, which includes inserting sensors into the brain, which is obviously quite invasive. Other non-invasive approaches require some kind of wet gel that’s applied to the head as a conductive agent required for the headset to function. BCI headsets have also used spiky plastic sensors that are uncomfortable to wear.

OpenBCI’s new headset changes this dynamic. Here’s a mock-up of the design: 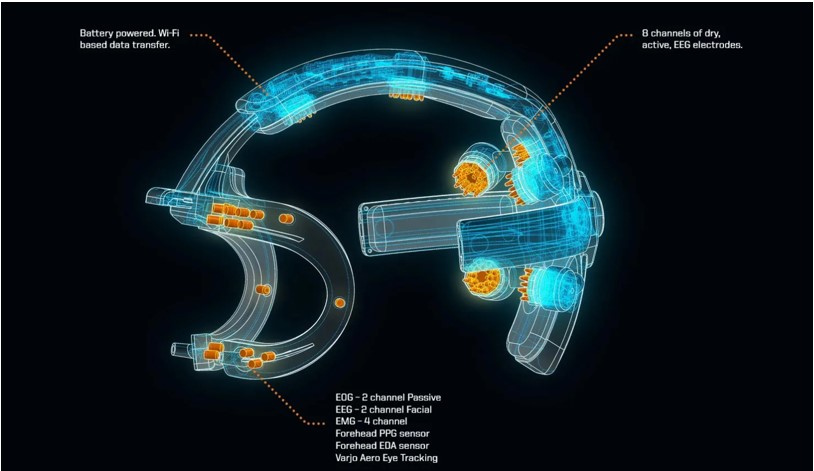 It’s a dry system that doesn’t require any gel. And it uses soft spongy sensors to improve wearability as well.

This is OpenBCI’s first step toward mainstream consumer adoption. And it doesn’t stop there…

OpenBCI also announced that it has partnered with virtual reality (VR) company Varjo to integrate its BCI technology with Varjo’s VR headset.

As we can see, this looks just like a normal VR headset. But the integration of BCI tech gives it some advanced features that just aren’t available with other VR products.

For starters, BCI technology could enable users to control VR applications with their thoughts. This could reduce or eliminate the need for hand-held controllers.

What’s more, this headset uses advanced sensors that monitor the wearer’s eyes, heart rate, brain function, and even the muscles around their face. This information allows the VR applications to adjust according to the user’s physical and mental state.

For example, if an application is becoming too stressful, the software can automatically tone down the experience to make it calmer.

Or if a user is engaged in a horror game, the software can determine when the experience is getting too scary for the individual user. Then it can reduce the intensity accordingly.

So BCI tech enables some interesting features for VR applications and games. I can envision some strong therapeutic applications being developed and utilizing this technology as well.

And because OpenBCI is producing everything as open-source, anyone is free to view the code and build their own applications on top of it.

This could lead to an explosion of new applications. And that, in turn, could help this combination of BCI and VR technology go mainstream.

And here’s the best part – this headset will launch on July 1. That’s less than a month away.

I’m curious to see what the reception looks like. That will give us some great insight into the trajectory of user adoption.

This AI rollout is about to go nationwide…

We just got a great update on McDonald’s big foray into artificial intelligence (AI).

McDonald’s made this deal because it’s not a tech company, it’s a fast food company. Incubating and testing that technology in a manageable number of locations is fine… But rolling the tech out in tens of thousands of locations is a different story.

One of IBM’s specialties is rolling out information technology projects at a very large scale, which is why the deal made sense. IBM combined Apprente’s technology with its own natural language processing (NLP) tech from Watson AI.

And now, IBM is gearing up to deploy the technology to tens of thousands of McDonald’s restaurants around the world. This includes 95% of all McDonald’s locations in the U.S.

This will be by far the largest rollout of AI technology in the restaurant industry to date. And it’s set to improve the operating efficiency of every McDonald’s location. Labor costs will go down, and customer service will likely improve, as the AI gets better and better.

And get this – the AI is trained on many different languages and dialects. We don’t know exactly how many, but the integration of IBM’s NLP tech certainly expands the total number.

What that means is consumers can order food from the drive-through in their native language, and the AI will instantly recognize it. And even more impressive, the AI will communicate back to consumers in the same language. Imagine how convenient that will be for non-native English speakers.

And every restaurant in the world will ultimately follow suit.

The top fashion house in the world is adopting NFT technology…

We’ll wrap up today with an interesting development in the world of fashion.

Prada, arguably one of the most recognizable fashion houses in the world, just launched a standalone non-fungible token (NFT) offering.

As a reminder, NFTs are digital collectibles on the blockchain that can also convey additional features. And that’s exactly what Prada is doing here…

Prada timed this NFT offering to coincide with the launch of a new apparel line. It’s in collaboration with Cassius Hirst, son of one of the world’s most successful artists, Damien Hirst.

The clothing line will launch with two unisex button-down shirts, one white and one black. 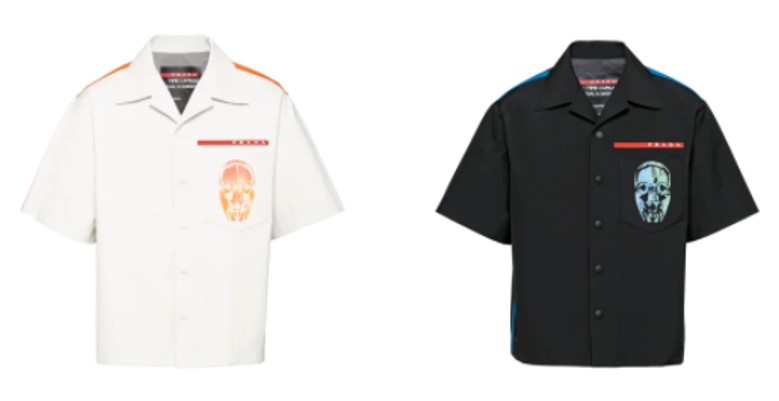 I’m not sure that I would ever wear a shirt like this – almost certainly not. But it’s a new launch from Prada, so I’m sure there are many consumers out there who will scramble to get one of these.

And that’s where the NFTs come in.

Each NFT is a digital representation of one of these shirts. And it comes with a serial number that associates it directly with a physical shirt. So when somebody buys one of these NFTs, Prada ships the physical shirt right to their door as well.

This is what’s known in the industry as a “digi-fizzy” offering. The NFTs link to real-world items that convey to the owner.

For an industry that is as non-tech as fashion, it has been surprisingly progressive with experimenting with this kind of new technology. The fact that a major house like Prada is getting in on the game tells us that famous brands are already seeing a path towards expanding their brands, while keeping them relevant in our increasingly digital world.

I’ve shared about the “tokenization” trend with NFTs for months now, and we’re finally beginning to see it gain momentum.

And as investors, we shouldn’t let the significance of this moment pass by… For more about how we can profit as the “digi-fizzy” movement comes to life, simply go right here.