I want to thank everyone who tuned in to our Emergency Briefing last night. We have a tremendous investment opportunity staring us in the face right now. And I hope all of my readers take advantage of it.

For those who missed the event, we talked about how recent government action has caused a major overreaction in the markets. I gave attendees my perspective on this event. And I told them why the mainstream is wrong about it.

I also shared with readers our strategy to capitalize on this opportunity here at Brownstone Research. And I gave away a free investment recommendation on-air. That’s not something I do often. Everyone can buy this recommendation in their brokerage account right now.

For those who weren’t able to join us last night, I’ve asked my publisher to make the replay of last night’s briefing – including the free recommendation – available on demand for a short period of time.

If you are interested, just go right here to access the replay. But please act fast… This window won’t stay open for long.

And thanks again to everyone for supporting The Bleeding Edge. It’s a real pleasure for me to bring my top technology, business, and investment insights right to your inbox every day.

Google’s AI hardware can be as powerful as a supercomputer…

We talked last week about a couple of interesting announcements made by Google on the first day of its annual I/O developers conference.

And there was one more major announcement made later in the conference that’s worth having a look at – version four of Google’s tensor processing units (TPUs).

We first talked about Google’s TPUs back in August of last year. To bring new readers up to speed, these are alternatives to graphics processing units (GPUs) that Google designed specifically to run its own artificial intelligence (AI) software, Tensor Flow.

These TPUs put Google in a powerful position in the industry because a lot of developers use Tensor Flow. In fact, Google makes Tensor Flow available for anyone to use through Google Cloud. That gives developers cheap and easy access to the technology.

So any time Google updates its TPU technology, it’s going to have a wide impact.

Its fourth-generation TPU can more than double the processing power of the previous generation. It’s a major leap in performance.

And here’s where it gets really interesting…

At the moment, there isn’t a supercomputer on Earth capable of running that fast. Japan’s Fugaku, which went live last year, now holds the most powerful supercomputer spot running at about half an exaFLOP.

It won’t be until later this year when Argonne National Laboratory turns on Aurora outside of Chicago that the world’s first exascale computer will be “born.”

TPUs and supercomputers, however, don’t make for an apples to apples comparison. Aurora will become the world’s fastest and most powerful computing system on Earth. And it will be able to produce precise results for very complex problems that require extraordinary amounts of computational power.

TPUs won’t be used for the same kinds of programs and calculations as Aurora will be. Technology like this is better suited for complex optimization problems, pattern recognition, and natural language processing.

And because Google’s Tensor Flow software and AI/ML hardware is so widely used in the industry, this latest version of its TPUs will see rapid adoption and use. And they will accelerate advancements in artificial intelligence for years to come.

How to make blind people see…

A breakthrough just happened in France. And this foreshadows even bigger things to come…

A company called GenSight Biologics just successfully demonstrated a gene therapy for a disease called retinitis pigmentosa. This is a degenerative disease that breaks down the photoreceptors in the eyes. These receptors enable us to sense light.

GenSight’s researchers introduced a gene from algae into the retina of a 58-year-old blind man who could barely even perceive the difference between day and night. Not only could this person not see, but he also had very little light sensitivity.

And get this – the replacement gene injected into this man’s retina helped restore his photoreceptors. As a result, his vision improved significantly. He is now able to sense light, and he can even see the outline of objects around him.

To be fair, the man’s vision is not perfectly restored. He can’t see complex details. He certainly can’t read a book or do similar tasks. However, he went from being completely blind to being able to identify objects. Amazing!

And here’s where I get really excited…

This was a very simple therapy. I consider it somewhat of a “brute force” method. The therapy inserted a foreign gene into the retina to compensate for the fact that the man’s own genes had degenerated.

Meanwhile, there are a number of companies working on far more precise genetic editing therapies for ocular diseases and genetic forms of blindness right now.

And these companies are working on therapies that address the root of the problem – the genetic mutations that cause blindness. There is no need to introduce foreign DNA.

Individual mutations can be edited or corrected in order to restore vision. As such, I expect the effectiveness of these therapies to be even more dramatic than the experiment with DNA from algae.

So this development in France foreshadows some incredible breakthroughs to come.

In fact, my favorite company in this space has already dosed two cohorts of blind patients with its bleeding-edge therapy in a Food and Drug Administration (FDA)-sanctioned clinical trial. This company is set to release data from these trials for the very first time later this year.

And given how effective GenSight’s simple gene therapy was, I expect this company’s results to be mind-blowing.

Imagine what’s going to happen to the company’s share price when the media learns that it has restored sight to blind people, eradicating their handicap and enabling them to live normal lives.

For those who would like to learn more about this company and the great work it is doing, I put together a comprehensive presentation on it right here.

We’ll wrap up today with interesting – but not surprising – news. Amazon is acquiring Hollywood’s iconic Metro-Goldwyn-Mayer (MGM) Studios for $8.45 billion. This will add to Amazon Prime’s already impressive suite of video content. 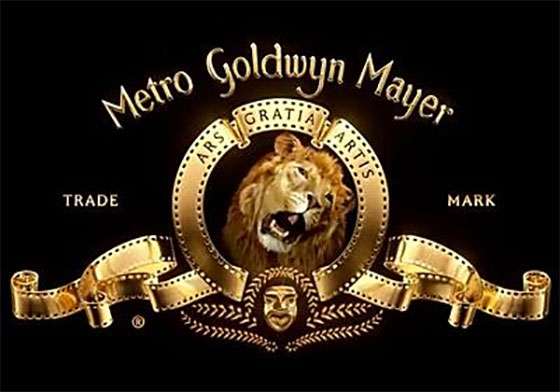 I suspect many people may not realize this, but Amazon Prime Video has become a legitimate competitor to Netflix. It now boasts 200 million members. And almost all of these consumers have streamed video content over the past year. The COVID-19 pandemic certainly increased demand and usage.

And Amazon Prime Video has risen to prominence despite spending only a fraction of what Netflix spends on new content. That’s why this move is not surprising. It’s designed to build up Amazon’s catalog.

In fact, MGM Studios has about 4,000 movies and 17,000 TV shows in its archive right now. All of these would become available on Amazon Prime Video should this deal close.

What’s more, Amazon would also likely license out the most popular content to other streaming platforms like Netflix. The industry is known for these cross-licensing deals.

And while $8.45 billion may sound like a lot, it’s nothing for Amazon. The company has over $84 billion in cash on the books right now. And it generated $25.9 billion in free cash flow last year alone.

Plus, there just aren’t many major independent studios out there anymore.

We talked last week about how AT&T is spinning out its media assets into a new business with Discovery. Sony also has a major studio, but it’s unlikely the company would be willing to sell it. That and its PlayStation business are Sony’s two most important assets.

That leaves MGM Studios as one of the few remaining options. It’s the best choice for Amazon to go after.

Plus, MGM owns the James Bond franchise, a favorite of mine. It is one of the longest running and most successful movie franchises in history.

So this move will make Amazon Prime an even bigger player in the video streaming space. And those of us with a Prime membership can look forward to a wealth of new content in the near future.