I’ve been traveling quite a bit over the last two months. Not quite as much as before the pandemic, but I’ve been busy nonetheless.

It can be a bit weird traveling right now. But I like to know what’s going on. I want to fully understand how COVID-19 is impacting us. I’ve tried cars, trains, and – of course – airplanes.

Traveling by car is a pleasure right now. There are no issues with social distancing. And there’s very little traffic on the roads.

Traveling by train is strange. They’re not very busy, but social distancing can be a problem for obvious reasons.

And social distancing on a plane is impossible. At best, the airlines are putting one seat between each passenger. But everyone is within an arm’s reach of another passenger. It’s a gamble whether you’ll be on a full flight or not.

In general, travel is actually more pleasant than it used to be. The usual services that we are accustomed to aren’t as readily available. But there are fewer crowds.

And the best travel development that has come out of this mess is a small piece of technology. It’s an upgrade to the untrustworthy, clunky airline system.

Most of us are familiar with airline kiosks. They’re always standing at attention.

As a technologist, I always found these machines perplexing.

The screen transitions are slow. We have to type in our frequent flyer number or ticket number to identify ourselves. They hang up sometimes (they must run on Windows). And we have to work through so many screens and view offers to buy points. And that’s all just to get to the screen where we can print our bag tags.

But now, these kiosks are getting an upgrade. They are practicing physical distancing just as we are… 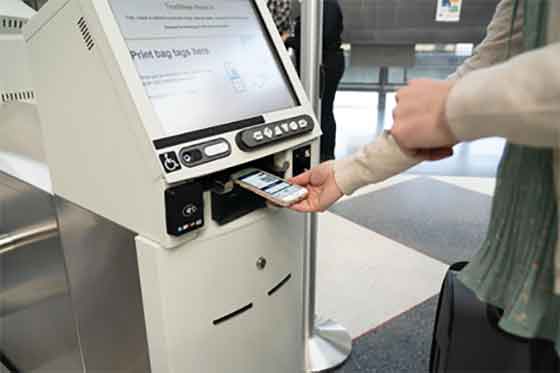 Both American Airlines and United Airlines have implemented kiosks that we should have been using for years.

We walk up, scan an electronic boarding pass from our phone, and the bag tag prints out. We don’t even have to touch the screen.

This is simple, easy, seamless, and completely contactless. We’re done in seconds. How hard was that?

Many airlines around the world have adopted this approach, and most will catch on and do the same. It just makes sense.

Did we really need a global pandemic before implementing this modern marvel?

We last talked about SoftBank’s record-breaking Vision Fund back in November. We titled that section “How to lose a fortune in venture capital.”

To bring new readers up to speed, SoftBank’s Vision Fund is a venture capital (VC) fund dedicated to investing in tech startups. SoftBank CEO Masayoshi Son founded it in 2016. And it raised $100 billion, making it the largest venture capital fund in history.

But SoftBank’s investment decisions were horrendous. It wasn’t always investing in bad companies, but it overpaid for every investment and created massive market distortions in the industry. And what does the Vision Fund have to show for its efforts? Tens of billions of dollars lost to date.

The most notorious failure was SoftBank-backed WeWork. At its peak, the office-sharing company was valued as high as $47 billion. Today, the company carries a valuation of just $2.9 billion. Ouch.

Because of this, activist investors at Elliott Management have been pushing SoftBank to sell off assets, shore up its balance sheet, and buy back stock to raise its share price.

As a result, SoftBank is being forced to unload the few good investments it has made. That includes a $20 billion stake in T-Mobile/Sprint, which is one of SoftBank’s most prized assets. It also includes a large stake in Chinese tech giant Alibaba, which is the best investment SoftBank ever made.

And SoftBank is also being forced to sell or spin off ARM Holdings, which is quickly becoming the standard for semiconductor processors. This is what I am most interested in, and it’s where investors should be paying attention…

Historically, ARM-based semiconductors have been used in low-power, highly optimized systems – primarily mobile devices. But as we have been discussing, the industry is rapidly shifting in ARM’s direction.

For one, the world’s new fastest supercomputer Fugaku is using an ARM-based semiconductor architecture. We talked about that last month.

Also big news, Apple is dumping Intel’s x86 semiconductor architecture in favor of an ARM-based design for its desktops and laptops. This is a major undertaking that Apple would not pursue if ARM-based processors were not significantly more powerful and more efficient. We talked about that earlier this month.

So the fact that SoftBank must let ARM go is potentially great news for us as investors. We don’t yet know if ARM will go public once again as a standalone entity or if another semiconductor company will acquire it.

I would prefer the former, but either event represents a great potential opportunity. I’m sure ARM will perform even better once it is free from SoftBank’s involvement.

So this is an exciting development to watch. ARM could make a great investment target for us in the near future. SoftBank’s embarrassing failures could be investors’ gain.

A development in the world of CRISPR genetic editing technology has me really excited. Jennifer Doudna and her team just discovered a new enzyme we can use with CRISPR.

As a reminder, CRISPR is like software programming for DNA. It allows us to “edit” genetic mutations that cause many diseases. Ultimately, CRISPR will help us cure all human disease of genetic origin.

And remember, Doudna was one of the key researchers who developed the CRISPR genetic editing technology out of UC Berkeley. That tech was then licensed to CRISPR Therapeutics (CRSP), which has developed therapies to essentially cure sickle cell disease and beta thalassemia.

My Exponential Tech Investor subscribers booked gains of 332% on CRSP back in December. And we invested in the company again in March. We are now sitting on gains of 78% on CRSP the second time around. That’s how powerful this investment trend is.

So what exactly is Doudna’s discovery?

The most common CRISPR enzymes are Cas9, Cas12a, and Cas13. The Cas9 and Cas12a enzymes are used to “cut out” genetic mutations in DNA. The Cas13 enzyme is used for diagnostics and RNA sequence editing.

And now we have CRISPR-CasΦ (Cas-Phi) thanks to Doudna’s new research.

CRISPR-CasΦ is the smallest CRISPR enzyme identified to date. That’s important because its compact size will make the CasΦ more effective at entering cells to make the desired genetic edits.

And that means that CRISPR genetic editing technology just got even more functional.

Every new enzyme discovered adds another tool to the CRISPR toolbelt. With the CasΦ enzyme, we can address a wider range of genetic diseases and conditions. And that means we are one step closer to eradicating all human disease of genetic origin.

I’m very excited to see where this goes. We can expect the team at UC Berkeley to patent the CRISPR-CasΦ approach. Then it will license it out to a company (or companies), which will then develop therapies using the enzyme.

And, of course, that means our early stage pipeline of CRISPR investment candidates is about to get even bigger. We can expect to reap fantastic gains on next-generation CRISPR companies in the coming years.

EdTech is on the rise…

We’ll wrap up today by profiling an important development in educational technology (EdTech).

This rapid growth mirrors the rise of EdTech.

Coursera is one of the largest online e-learning platforms in the world. Two Stanford professors – Daphne Koller and Andrew Ng – founded it. Ng is one of the most prominent artificial intelligence (AI) researchers on the planet.

What makes Coursera unique is that anyone in the world can take a degree program and get professional certifications. The platform also offers a cornucopia of individual online courses.

And some strong players in the VC space back Coursera. New Enterprise Associates and Kleiner Perkins are among Coursera’s prominent investors.

Why did these powerhouse investors just pour $130 million into this online e-learning platform?

Well, Coursera’s enrollment for online classes is up 500% this year, thanks mostly to COVID-19. And we can expect the trend to continue. This is just the beginning of a massive shift toward self-driven e-learning.

Numbers aren’t final yet, but we can expect a large percentage of colleges not to open their doors in the fall. And industry surveys suggest that four-year colleges could lose up to 20% of their students as a result.

That’s because many colleges will offer online classes, but they are still trying to charge full tuition as if they were open. Simply put, many parents aren’t going to pay $50,000 or more for their kids to sit at home and watch Zoom lectures.

So higher education is going through a reckoning right now. Colleges with the weakest balance sheets and smallest endowments likely won’t survive this shift.

In fact, some colleges have already shuttered. Green Mountain College in Vermont closed its doors and put its entire 155-acre campus up for auction. The bidding starts at $3 million minimum. Any takers?

All joking aside, this is a canary in the coal mine. And it represents EdTech’s great opportunity. All it took was a global pandemic to act as a catalyst for wider adoption.

Platforms like Coursera allow students to continue their learning for a tiny fraction of the cost of traditional higher education.

And Coursera caters to far more than just college students. Anyone in the world can use the platform to develop new skills, pursue a career change, or increase their knowledge in a certain area.

And what I’m most excited about is the application of AI to these learning platforms. That’s a greenfield opportunity.

Imagine an AI that can understand how each student learns best and then modify its methodology to optimize comprehension and learning specific to each student. That’s a multibillion-dollar opportunity.

And AI-powered learning platforms like this will empower people in developing markets and poor countries to learn from the absolute best teachers in the world. There will be no difference between their education and that of students in the developed world, as there is today.

So EdTech is going to be transformational on a global level. And the trend is just beginning. When we start to see a best-in-class AI-powered learning platform leading the charge, that’s when we’ll know it’s about to go exponential.