It’s been a while since I’ve written about what’s been happening with regards to the pandemic and pandemic-related policies. I have to admit that it is all too depressing with every week that passes.

That might seem counterintuitive considering that things have almost returned to normal. But with every week that passes, the peer-reviewed scientific research that is being published – regarding the ineffectiveness of the COVID-19 “vaccines” (experimental drugs) and their well-documented and unwanted side effects – continues to accumulate.

It’s very disconcerting… and we’ve only scratched the surface of what’s to come. But what is certain is that what we were all told by public health officials simply wasn’t true. A perfect example of that is the recent development with Albert Bourla, Chairman and CEO of Pfizer, and a recently minted billionaire.

The thing is, he caught COVID… after two initial shots of his own “vaccine” and two booster shots. Here’s what he told us back in April of 2021:

Of course, it wasn’t just Bourla. It was Fauci, Birx, Wallensky, Collins, and so many more who told us that if we take the shot, we’re not just protecting ourselves, we’re protecting others. We all now know that simply wasn’t true.

Which is what makes Bourla’s latest update so comical:

Obviously, the COVID “vaccines” and boosters didn’t do what Bourla, and so many other “experts,” promised back in 2021. And his self-described “mild” symptoms are unrelated to the shots, they are a result of the COVID virus mutating into far less dangerous variants than what existed back in 2021. Less risk, in fact, than a common influenza.

The reason is a well-known effect called original antigenic sin. Some also refer to it as immune imprinting.

What’s happening is that the mRNA drugs are designed for earlier variants of COVID-19. The drugs use our body’s immune system to produce antigens (proteins) that look like the older strains of COVID-19. This results in an unnatural immune response anytime someone is exposed to new strains of the virus.

The mRNA drug-induced immune imprint (memory) only provides some level of protection for the older strains, which conversely weakens our body’s natural immune response to new strains.

More than two years ago, I wrote about these mRNA drugs and how they did not provide immunity to the virus, and only offered some level of protection (the degree to which was unknown at that time). This was considered heresy at the time and completely contrary to the prevailing narrative

But it wasn’t any kind of revelation back then. It was/is literally the science of mRNA technology.

Traditional vaccines, as we have known them, provide sterilizing immunity. This is typically done by using an attenuated or weakened form of the virus to help our bodies attain natural immunity, which does prevent infection, usually for life… That’s the science.

Robotic drones for inside the human body…

A health care startup called Endiatx just released an incredible new product. Anyone who has had an endoscopy before will appreciate this…

The product is called the Pillbot. It’s a robotic drone designed to capture real-time video from inside the human body. 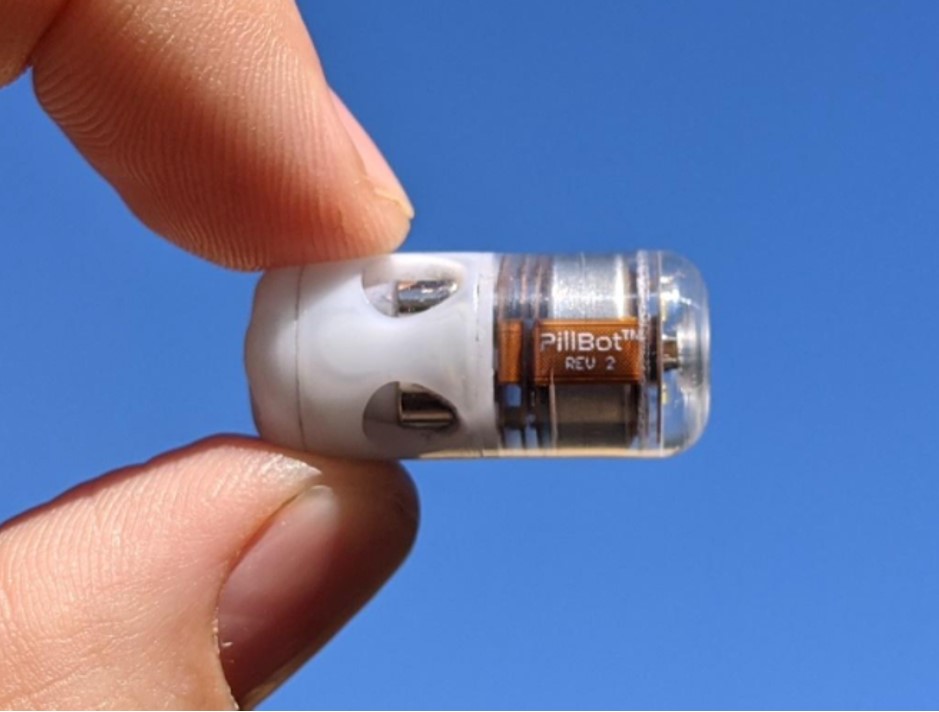 The Pillbot is about the size of a normal pill like a vitamin supplement. And the Pillbot is just as easy to swallow.

We can also see all the electronics loaded in the front of the capsule. That’s where the camera is. And if we look at those two holes near the fingers, the Pillbot has what is akin to four propellers, designed similar to a submarine.

Unlike existing swallowable cameras that are preprogrammed to take pictures every few seconds as they traverse our esophagus, stomach, and intestines, the Pillbot is capable of being steered as it makes its way through the patient’s digestive system.

So when a patient swallows the Pillbot, a physician can maneuver it as it works its way down the esophagus, into the stomach, and then into the intestines. This allows doctors to capture footage of anything that catches their attention inside the body.

And this is all 100% pain-free. The Pillbot is small and sleek, so it doesn’t harm anything inside the body.

That makes it a great alternative to an endoscopy. Who wants to have a tube pushed down their throat when they could swallow a little pill instead?

And here’s the best part – this could all be done remotely.

Patients could take the Pillbot at home. Meanwhile, doctors would control the drone remotely right from their clinic – No in-person visit required. How’s that for the next generation of telemedicine?

What’s more, a product like this can reduce the cost of an endoscopy by more than 90%.

The Pillbot itself costs about $25 to produce. It will likely be sold for a few hundred dollars, and the procedure could be done in a standard clinic, or from the comfort of a patient’s home using telemedicine.

Compare this to a clinical endoscopy that requires general anesthesia. The total cost is easily in the thousands.

So I’m very excited about the Pillbot’s prospects. It’s a fantastic solution that increases convenience and cuts costs.

Endiatx is on track to start human clinical trials with the Pillbot later this year. The goal is to demonstrate to the regulators that the Pillbot is safe and effective.

From there, Endiatx plans to offer the Pillbot procedure as an in-clinic service first. Then it will roll out the 100% remote offering.

As we know, the U.S. Securities and Exchange Commission (SEC) and the Commodity Futures Trading Commission (CFTC) have been “arguing” over whether digital assets should be regulated as securities or commodities. Of course, the answer to this question determines which regulatory body would have oversight.

And it appears the SEC is getting aggressive in an attempt to claim dominion over the industry. In fact, the SEC just went after digital asset giant Coinbase. It claims that nine tokens trading on Coinbase are unregistered securities.

This is something of a power move by the SEC. Coinbase is the largest, most established, and most buttoned-up digital asset exchange from a regulatory standpoint.

The company has been proactive in working with regulators from day one. And at this point, Coinbase looks and feels like the largest brokerage platform in the world.

Plus, the nine tokens the SEC is targeting aren’t very well known. These are smaller, less liquid tokens that very few people outside the industry would recognize.

The point is, it appears the SEC is reaching a bit here.

Coinbase does everything by the book. Yet there are plenty of other exchanges out there that are far more likely to have bent or broken the rules. Why isn’t the SEC going after them instead?

Obviously, the SEC is trying to send a message to the industry by “attacking” the largest, most influential exchange in the U.S. The good news is, Coinbase isn’t backing down. The company stated emphatically that it does not list any securities on its platform – and is pushing hard for regulatory clarity.

Right now, the SEC is using the old Howey Test to determine whether something is a security.

The Howey Test has its roots in a 1946 Supreme Court Case. It says something is a security if investors put money into a common enterprise expecting to generate a profit thanks to the effort of others.

It’s very clear that this definition assumed that the common enterprise was a traditional company… and that’s often not very applicable to digital assets and cryptocurrencies. They don’t convey ownership interests in any company or enterprise – just the underlying asset itself.

So the industry has long argued that the Howey Test just doesn’t apply, and that new regulations need to be put in place that are appropriate for this relatively new industry. But instead of addressing the lack of regulation and clarity, the SEC has focused on regulating by aggressive enforcement.

Fortunately, that approach only goes so far. And I think we are reaching the tipping point. The SEC’s showdown with Coinbase will force the issue.

For the benefit of the entire industry – and the economy for that matter – a clear regulatory framework must be established. And hopefully, it will be one that incentivizes innovation and new job creation.

After more than a decade of development of blockchain technology and cryptocurrencies, it’s time.

The next generation of Google Maps…

Android operating system users have something to look forward to, as Google just started to release new updates for what it calls the “immersive view” within its Google Maps application. 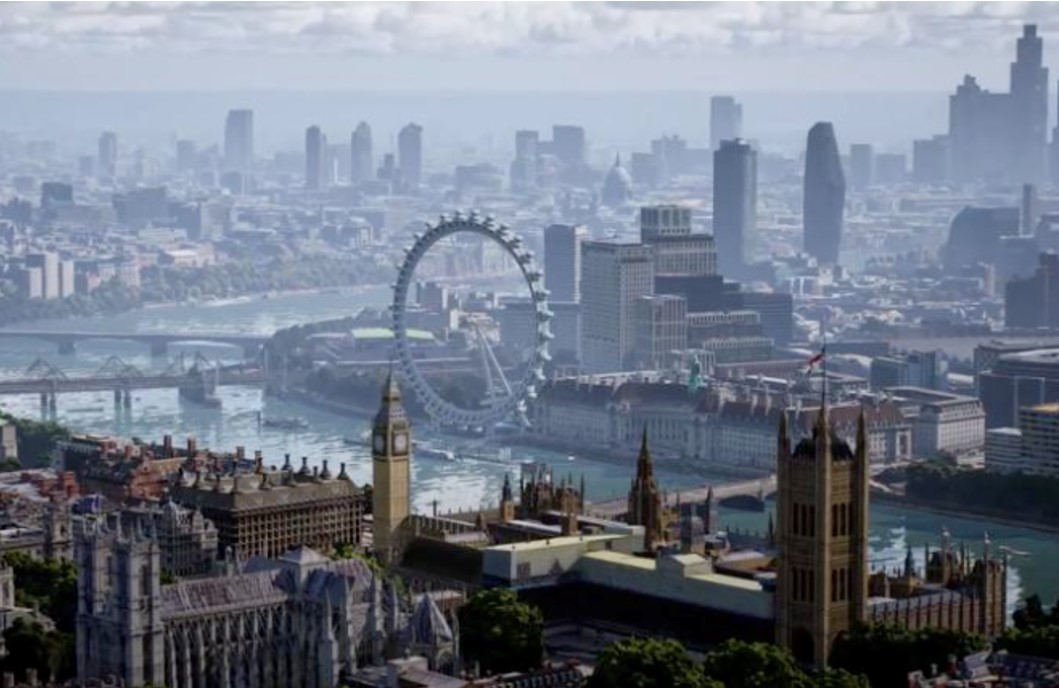 Regular readers know I’m not a fan of Google’s business practices. But I have to admit this is a cool development.

This is a 3D view from within Google Maps. So when users type in a city or an address, they can get this incredible view as well as turn-by-turn directions.

And what’s interesting is that an artificial intelligence (AI) generates all of this. Google is having its AI comb through all publicly available street views, and aerial images on the internet, to compile this kind of 3D image.

As we would expect, Google is focusing on popular landmarks and tourist locations first. Those 3D images are being created and rolled out right now.

From there, Google plans to create immersive maps of many additional locations. Eventually, the inhabited world will all be mapped in 3D. And it won’t stop there…

Google also plans to turn the AI loose on images taken from inside buildings. By combing through thousands of pictures, Google’s AI will be able to construct a 3D view of what buildings look like from the inside as well.

Its AI can piece together pictures taken from every angle, in different lighting conditions, and at different altitudes, to construct these 3D images. This is a powerful technology that will make Google Maps even more useful than it already is.

And it’s not very hard to envision these same images being used to create a metaverse – a virtual world – that mimics the real world. One of the major related trends right now is to create a “digital twin.” This is an accurate virtual representation of our physical world, and the training, education, and entertainment applications of such will be nearly limitless.