It’s not something I ever thought I would see…

The use of coal as a way to generate electricity is on the rise. Given the politics around clean energy, it comes as a surprise to see the increasing use of coal – the dirtiest form of carbon-based fuel – to produce electricity.

Last week was a bit of a shocker as Germany announced that it would pass laws to reopen previously closed coal-based power plants for the purpose of electricity production.

It appears that there have been some unintended consequences from the European Union’s stance on Russia. Last week, Russia cut capacity on the main gas export pipeline to Germany by 60%.

With the economic sanctions from the E.U. and U.S. on Russia, which oddly enough largely excluded energy, China and India used the geopolitical turmoil to increase their purchases of both oil and gas.

China’s imports of oil from Russia increased 28% in May compared to the previous month. And India went from almost nothing to purchasing more than 750,000 barrels a day.

Apparently, there are other willing buyers of Russia’s energy than just the E.U.…

The problem centers around Germany’s energy policy, which makes it entirely dependent upon the supply of Russia’s natural gas. It had shut down all but three of its nuclear power plants, which are still scheduled to be taken offline before the end of this year.

Where does that leave Germany? It’s turning to coal… and lots of it. Other European countries that were importing Russian natural gas and oil are also scrambling now. 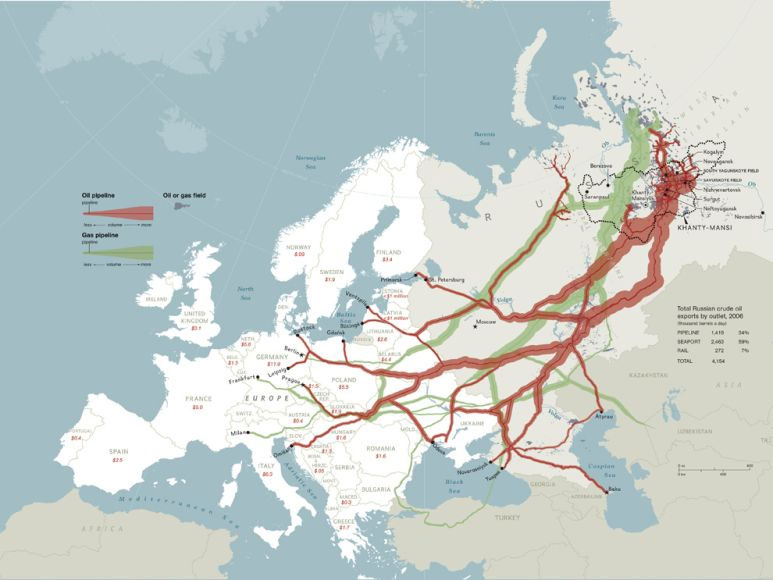 While the northern hemisphere may be enjoying its first post-pandemic summer, governments are in panic mode.

The summer solstice has already passed, and while most of us may not have noticed yet, the days are already getting shorter. And that means that fall and colder weather are not that far off, hence the race to reopen those coal-based power plants.

Making matters worse, the current heat wave in Europe is drawing down natural gas reserves in order to power air conditioning. This will make it even harder to replenish natural gas storage going into winter. It is a terrible situation that could become even worse in the event of a colder-than-normal winter.

And it’s not just a handful of European countries getting “dirtier.” It’s the U.S. as well.

It may come as a surprise to know that electricity production from coal, which had been on a decline since 2013 in the U.S., has spiked… but for different reasons than Germany.

Energy production from the dirtiest carbon-based fossil fuel increased last year in the U.S., in order to offset the corresponding drop in U.S. domestic natural gas production. Basically, the U.S. reduced the use of a far cleaner energy like natural gas and replaced that production with coal. And this is a trend that has continued into this year.

For those of us who like clean energy, this is not the right direction. And while terrible for the environment, it is somewhat of a renaissance for the coal industry.

Peabody Energy (BTU), the leading coal producer (and one that has been around since the 1880s), makes for an easy representation of what has happened in the industry in the last year and a half.

Peabody’s revenues were down 37% year over year in 2020. The company had negative gross margins, was grossly unprofitable, and had a negative $201 million in free cash flow.

This year, Peabody revenues will be up by 73% compared to 2020, it will have EBITDA margins of 44%, be very profitable, and have an extraordinary $1.4 billion in free cash flow.

What an odd beneficiary of what was supposed to be a clean energy policy.

A major breakthrough in solar power…

Solar panels have long been made of rigid silicon-based materials. They aren’t the most efficient, but they can be produced relatively inexpensively, which is what has fueled adoption around the world.

At the same time, research has continued for new materials that have potentially even higher efficiencies of converting the sun’s energy into electricity. One of the most promising materials is called perovskite. And some exciting research was just published around flexible perovskite solar cells.

When we think of solar panels, we think of the big, bulky silicon-based panels that we install on rooftops. They’re not very attractive and not that efficient, but when deployed at scale – like a solar farm – they can produce a reasonable amount of clean energy.

In contrast, flexible perovskite solar cells just demonstrated a power efficiency of 24.4%. This is a major jump in efficiency, especially for a flexible material. In silicon-based panels, we typically don’t see much more than a 1% increase in efficiency with each new generation of a solar cell.

And here’s the best part – these flexible perovskite solar cells will completely change our idea about what solar panels can do. Because they are flexible, these solar cells can be used to produce thin films that can be used for all kinds of applications.

For example, these films could be placed on windows of buildings and cars to collect energy constantly throughout the day. They could also be patched into other products – even clothing – to turn anything into a source of energy.

And that’s why this new research is so exciting.

A flexible material like this can be manufactured cheaply, and at scale, and can be used for all sorts of commercial applications. The only major weakness of perovskite as a material is how robust it is… which will be the major focus as the industry looks toward commercialization.

There’s already a company in Poland called Saule Technologies working to commercialize perovskite-based solar materials. Given the latest advancements, I expect that we’ll see a pickup in investment by other materials and solar energy companies looking to capitalize on these materials improvements enabled by the use of perovskite.

That could lead to some great clean energy investment opportunities in the near future.

Any readers who have had to do this know just how frustrating it can be. However, thanks to artificial intelligence (AI), dealing with the IRS just got a little easier.

The IRS just announced it is expanding the use of AI-enabled phone bots. This is part of a great initiative by the IRS to automate phone calls.

It all started about six months ago. That’s when the IRS first deployed AI phone bots.

Prior to that, the agency was only able to answer three out of every 10 calls from taxpayers. They just didn’t have enough capacity to handle the daily call volume.

But thanks to AI, that’s all changed. In fact, AI phone bots have already handled over three million incoming calls as of May.

And thanks to this success, the IRS is expanding these AI bots out to more complex tasks. Get this – the AIs are going to collect delinquent taxes.

This new program will start with individuals who owe less than $25,000 to the IRS. It starts like it always has – with a mailed notice. The IRS sends delinquent taxpayers a letter advising them to call in for payment options.

And that’s where the AI bots come in. They can verify a caller’s identity, answer simple tax questions, and even negotiate a payment plan that works for both parties.

Then, once a payment plan is in place, the AI ensures there is no further action taken against the taxpayer. They close the ticket, so no human agents follow up with that individual as long as the payments are made as agreed.

And this is only the beginning.

As the AI learns and improves, it will be able to take on even more complex issues. The technology will get to the point where it can handle the bulk of all calls coming into the IRS.

This is a great application of AI. I have to say, I’m happy to see the government is using it to cut costs and improve responsiveness.

As regular readers know, I predict we will soon have AI-enabled assistants capable of helping us with many of our basic daily tasks. The rapid advancements in natural language processing are the key behind these new applications, and it won’t be long before new products will be available to all consumers that will have a positive impact on our daily lives.

This has major implications for the EV industry…

We had a look at Redwood Materials in August of last year. For the sake of new readers, this is a battery recycling company founded by J.B. Straubel – the former co-founder and chief technology officer (CTO) of Tesla.

Straubel was instrumental in Tesla’s strategic approach to lithium-ion battery technology in the early days. But as the tech progressed, Straubel realized there was a huge problem coming.

When lithium-ion batteries exhaust their useful life, the only place for them to go was the dump. There, they would gradually leak out toxic materials for hundreds – or maybe thousands – of years. Obviously, that’s far from ideal and terrible for the environment.

So Straubel’s mission in founding Redwood Materials was to address this wave of toxic waste he saw coming. The company’s goal is to recycle EV batteries and extract the useful minerals so that they can be used for new battery production.

This has become even more important today, as we are now facing shortages of many of the key minerals used in EV batteries. It turns out Straubel’s timing is nearly perfect.

And that’s why this deal with Toyota is so important.

Toyota was the first carmaker to produce EVs at scale. And now its first-generation Prius EVs are coming off the market.

That means there is a massive number of batteries that Toyota will be sending to Redwood Materials for recycling, as all of these Prius vehicles are nearing their end of life. Redwood will extract the key minerals and send them back to Toyota to produce new batteries.

And this story gets even better.

As part of this initiative, Toyota is building a new battery plant in North Carolina. At the same time, Redwood Materials will build a new recycling plant right next to it to increase its own recycling capacity.

This makes for an efficient supply chain. Redwood can recycle Toyota’s batteries and cart the minerals just across the street for reuse.

This is great news for Redwood Materials. The company announced that it will have the recycling capacity to repurpose materials for one million new EVs by 2025.

And this development also demonstrates just how advanced the EV industry has become. I see Redwood’s battery recycling as the “back end” of the industry.

It will solve a major environmental problem. And it will go a long way towards addressing the key material shortages we are seeing in the EV battery space as well.