While neither cryptocurrencies nor the stock market are currently going “to the Moon 🚀”… at least something is.

Launched at 1:47 a.m. Eastern Time this morning from the Kennedy Space Center in Florida, NASA’s Artemis 1 is already on its way.

Considering the sheer insanity of the last couple of weeks, it’s great to see positive progress like this – and something far bigger than all of us.

After all, Artemis 1 is just the beginning. Its 25-day journey around the Moon and back to Earth, which includes a week in the Moon’s orbit, is just the first test flight in preparation for a crewed landing on the Moon. It’s been more than half a century since that last happened.

SpaceX was awarded a $2.9 billion contract from NASA in April 2021. And just yesterday, it was awarded an additional $1.15 billion in support of the HLS and the Artemis 4 mission.

These developments are all in preparation for what will ultimately become a permanent presence on the Moon, and ultimately a gateway to further exploration of our solar system.

The SpaceX Starship is scheduled for its first orbital flight next month. Pictured above, it’s a massive spacecraft unlike anything seen before.

SpaceX’s position in the industry has not only been a catalyst for the return of space exploration, but also an accelerant for the private space industry.

At the same time that SpaceX is supporting NASA’s Artemis missions, it will continue to launch its own missions for space travel both to the International Space Station (ISS), the Moon, and ultimately Mars – probably before NASA commissions its outpost on the Moon.

SpaceX will also launch the first private space station that Axiom Space is building right now. Its modules will attach to the ISS and then detach as a standalone space station when the ISS is decommissioned.

SpaceX has carefully carved out a position in the industry that allows it to both partner and collaborate with NASA, as well as effectively compete with NASA in a race toward human space exploration and the ultimate evolution toward becoming a multi-planetary species.

To the Moon and beyond!

Toronto-based Xanadu is a company I’ve been tracking for some time now. It’s pursuing a unique approach to quantum computing – using photonics.

This isn’t a popular approach in the industry. But it does provide some interesting benefits.

Another advantage to this approach is that it doesn’t need a massive dilution refrigerator to cool the quantum computer to temperatures colder than deep space.

Xanadu’s goal is to work up to a 1 million qubit quantum computer. And photonic processors, if proven to be fault tolerant, could make that a reality faster than any other approach.

Developing a universal fault tolerant quantum computer is the grand challenge. That’s to say, the company has to ensure that its system doesn’t produce too many errors. In industry lingo, it has to minimize “noise” in the machine.

While it’s still not clear if Xanadu can solve for the noise in the system, it’s certainly possible. I’ve been waiting to see if serious capital would invest in the company as an indication that there’s a belief Xanadu’s tech can be commercialized.

And that’s exactly what just happened. Xanadu just closed a $100 million Series C funding round. This values the company at $1 billion… giving it unicorn status.

This signals that the venture capitalists (VCs) like what they see from Xanadu.

And sure enough, the company just demonstrated quantum advantage with its 216 qubit quantum computer, Borealis. That’s the point at which a quantum computer proves that it can outperform a classical supercomputer.

To do this, Xanadu showed that its quantum computer could solve a specific problem in 36 microseconds. That same problem would take a classical supercomputer 9,000 years to produce the same result.

That means the industry is in for an even more spectacular year in 2023 as these investments result in even larger breakthroughs. 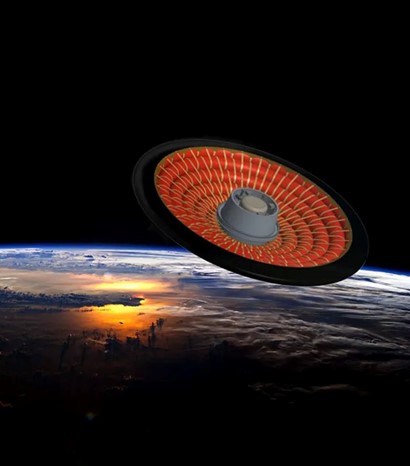 The gray item in the center of this heat shield is a payload for test purposes. In a real mission, this could be a spacecraft, a satellite, or space cargo.

Of course, the purpose of a heat shield is to protect the payload as it enters a planet’s atmosphere and descends to the surface.

Historically, special materials were used around a spacecraft to protect it from the heat endured on re-entry. This adds weight to a spacecraft and also impacts design decisions.

That’s not the case with this new inflatable heat shield. When deflated, it’s only 4 feet by 1.5 feet in size. Therefore, it’s easy and lightweight, making it easy to bring into orbit for eventual use.

Once in space, the heat shield can attach to the target payload, fully inflate, and orient itself for re-entry. Here’s a great visual from NASA:

The Life Cycle of an Inflatable Decelerator 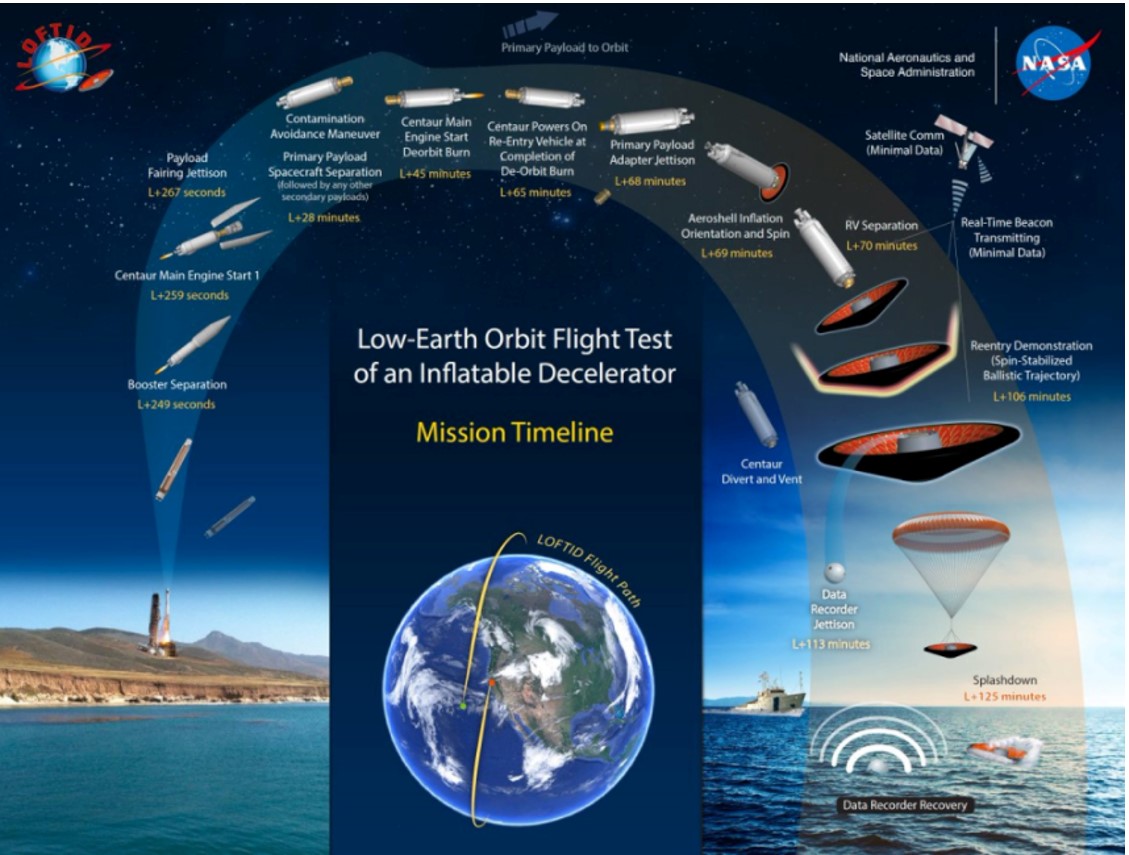 Here we can see the entire process from launch to landing.

Notice how the heat shield inflates around the payload and protects it upon entering the atmosphere. Then the heat shield deploys a parachute and guides the object safely down to the surface.

What’s so exciting here is that this technology can be used to get specialized rovers and other spacecraft down to the surface of Mars or any other planet. I say “specialized” because engineers will have a lot more flexibility with designing the craft if they don’t have to design a heat shield on its exterior to provide protection on atmospheric entry.

This is an exciting approach that can be employed for returning spacecraft to Earth, or for landing on Mars.

The first U.S. eVTOL air taxi route has been announced…

United Airlines just announced the first defined electric vertical takeoff and landing (eVTOL) air taxi route in the United States. It will run from Newark airport to a heliport in downtown Manhattan. That’s just blocks away from Wall Street.

As a reminder, eVTOLs are electric passenger aircraft that can take off and land vertically. We can think of them as a combination of mini-helicopters and drones.

And these aircraft are absolutely ideal for air taxi services. They will enable travelers to bypass heavy traffic on the ground in major cities around the country.

To illustrate this, here’s a look at the first air taxi route United Airlines just announced:

Here we can see that driving from Newark airport to the same heliport would take over an hour. And we all know how bad New York traffic usually is.

These kinds of air taxi services make perfect sense. I think we’ll see them proliferate quickly once in operation. The aircraft won’t be comparatively expensive, nor will the operations, which means the passenger price points will be affordable to most.

As for the timing, United Airlines expects this route to be fully operational by 2025. That’s just over two years away. It plans to add additional routes in New York and around the country as well.

Air taxi services like this are the future of transportation, especially in major metropolitan areas. And as a frequent traveler myself, I can’t wait to have access to these services.