“We’ve been yearning for space flight, and while we’ve had our first space walk and our first moon landing, now it feels like we’re going to Mars.”

Surprisingly, the quote isn’t at all about space. It was made by a genetic engineer concerning preliminary results from a genetic editing study released this past weekend using CRISPR technology.

Needless to say, the results were indeed remarkable.

The target of the study is a fatal disease called transthyretin amyloidosis. It’s caused by a mutation of the TTR gene. The mutated gene produces unstable versions of the protein transthyretin, which is toxic to our bodies.

The CRISPR therapy was used to cut the TTR gene and disable it from being able to make the bad protein. And at the higher dosing levels, transthyretin levels dropped by an incredible 87%. That’s why this was such a breakthrough. There is a clear path toward a permanent cure to this progressively fatal disease.

What’s equally as exciting is how the therapy was delivered. It was administered simply through an IV. No complex procedures needed at all.

The secret of the delivery mechanism was the use of liquid nanoparticles, which effectively coat the genetic editing therapy so that it’s not discovered by our body’s immune system. It’s a stealthy way to deliver the therapeutic package.

The liquid nanoparticles deliver the therapy into cells in the liver. Contained within them is a strand of RNA that guides the therapy to the TTR gene and a CRISPR enzyme capable of cutting – or editing – DNA.

And that’s exactly how it was done. Remarkably well, I might add. It’s no longer just an idea. It’s not science fiction. It is happening now.

I was the very first analyst that started writing about this technology and recommending the most promising companies in this space. That was way back in 2015.

On a few occasions, we’ve already made large, triple-digit gains. And we’re sitting on more right now. And the best part is that we’re still early. The most exciting developments in this field have yet to happen.

Breakthroughs like this one will become more frequent in the months ahead, and they will drive even greater investment. This wave of investment will allow more promising companies to go public, raise capital, and cure the world’s diseases.

If you’d like to learn more about these kinds of early stage companies, then I have good news… At my Silicon Valley “Unlocked” presentation last week, I showed attendees just how to profit from this area.

These are companies that will change the world, and we’re going to build positions in the best ones. To find out all the details, a replay is available for just a short window of time. Go right here to watch.

The Google killer is getting stronger…

We are going to start off today by checking back in on Brave. We’ve talked about this company several times before in these pages.

For the benefit of newer readers, Brave created a privacy-oriented web browser that competes directly with Google Chrome.

Like Google, Brave makes money by placing ads. But Brave is far more transparent in its approach.

For starters, Brave doesn’t track users at all. Nor does it force ads on them.

Instead, Brave allows users to opt in to an ad-viewing program. Those who don’t opt in will never see an ad on the Brave browser.

So why would anyone choose to view ads?

Well, Brave pays up to 70% of its advertising revenue to those who opt in to the program. And it does this by depositing BAT in their digital wallets.

In other words, Brave shares its advertising revenue with the users who agree to be monetized. It makes perfect sense.

It’s the consumers who are valuable. They receive 70%, and Brave retains just 30% for making the match. Compare this to Google, which surveils its users and retains 100% of the advertising revenues.

And Brave just turned up the heat even more…

The company announced that it’s now testing its own search engine, Brave Search. Historically, Brave has relied on other companies’ search engine technology. Now it has its own. And it has 100,000 beta testers aiding this effort.

What’s more, Brave Search is powered by its own index. This is critical.

We can think of the index as a massive map of the internet. It tracks how websites and information are linked together. This creates the core knowledge base that the search engine draws on to deliver results.

Here’s why this is so important…

Up to this point, Brave simply shielded users from Google’s data surveillance practices. But it still relied on a third-party index to provide search results.

That means Brave couldn’t bypass Google’s efforts to filter information and provide the search engine results it wanted users to have.

Google was very active in trying to influence people this way throughout the COVID-19 pandemic and the 2020 election cycle. Information was being systematically censored, banned, and filtered. Sadly, this is a practice that persists today.

Since Brave Search will draw results from its own index, Google will be powerless to engage in these censorship practices. Brave will provide users with the search results they are looking for, regardless of politics, philosophy, or ideology. Imagine that.

And that means Brave is now an “all-in-one” alternative to Google. It is a legitimate competitor to Google Chrome and Google Search.

We can look for the official launch of Brave Search later this year. And I highly recommend readers who are concerned about Google’s practices make the switch.

Tesla made an interesting announcement at the 2021 Conference on Computer Vision and Pattern Recognition. In that talk, Tesla revealed its new supercomputer. And it happens to be the fifth most powerful supercomputer in the world. 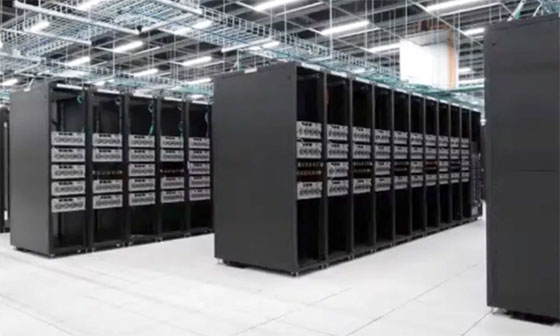 I know it’s not very exciting to look at, but it’s a remarkable beast. And that might prompt us to ask – why does Tesla need a supercomputer?

The answer is that Tesla uses this supercomputer to train its self-driving artificial intelligence (AI). That’s why it was a topic at a computer vision conference.

As we’ve discussed before, every Tesla car on the road collects a wealth of data when it’s in self-driving mode. This includes sensory data and millions of hours of video footage collected by the car’s computer vision.

This dynamic gives Tesla far more self-driving data than any company in the world. In fact, Tesla vehicles have now logged over an estimated five billion miles in Autopilot mode.

All of this data is fed into the supercomputer, where it’s processed and analyzed. That analysis is used to make the AI better. Tesla incorporates these improvements into its software. Then it pushes the software upgrade out to all Tesla cars via an “over-the-air” update.

And get this – Tesla’s new supercomputer is just a precursor to what’s coming next. Tesla has been working furiously on an advanced neural network that will power its AI.

And this neural network will be powered by another new supercomputer named Dojo. Tesla CEO Elon Musk claims that Dojo will be capable of doing one quintillion (1,000,000,000,000,000,000) floating-point operations per second (FLOPS), which will likely make it one of the top two or three most powerful supercomputers in the world.

How’s that for ambitious?

I believe Tesla is on the cusp of another major breakthrough in self-driving technology. The company is very close to rolling out software that can safely navigate passengers from Point A to Point B in any location and any situation imaginable.

I’m extremely excited about what Tesla will be able to accomplish before the end of the year.

And if any readers are interested in investing in this trend as it picks up speed, then I encourage you to go right here to learn how.

A breakthrough in quantum encryption…

We’ll wrap up today with a fascinating development in quantum computing. This one centers on quantum encryption.

Today, we all use RSA (Rivest–Shamir–Adleman) encryption technology. I doubt we realize it at all, but the technology is incorporated in every email we send and when we are securely connected with a website.

This is useful as it ensures that our email communication isn’t intercepted and read. And it’s especially important when we’re making a purchase online. It ensures that our credit card number will be delivered over an encrypted connection so that third parties cannot steal it.

However, the rise of quantum computing means that standard RSA encryption will eventually become obsolete. Once quantum computers become powerful enough, they will be able to break the code.

The obvious solution is to develop quantum-based encryption. But it turns out this is incredibly challenging.

The problem is the complexity of delivering quantum keys for encrypting and decrypting messages over long distances.

Quantum bits are very sensitive, and tiny disturbances can result in failed communication. For example, in testing, a group of Cambridge researchers in a controlled laboratory setting discovered that simply talking in the same room in which quantum keys were being distributed over hundreds of kilometers of fiber would result in failure.

But a team at the University of Science and Technology in China may have developed a solution to tackle this challenge.

The team made use of a relay that supports longer distances. Photons are sent from each end of the fiber toward the relay. And whenever the phase of each photon matches, the relay can identify when that happens without disturbing the photons.

Of course, each end knows exactly what was transmitted when the phases matched at the relay. This enables the team to exchange a quantum key that can be used to encrypt and decrypt messages. It sounds complex, but this all happens at light speed.

What’s more, the team successfully demonstrated this technology in real-world conditions between two Chinese cities. The experiment wasn’t conducted in a lab, as many other quantum-based experiments are.

So this is an interesting development. It gives us a potential path toward quantum-based encryption in a real-world environment over long distances. And this brings us one step closer to having quantum-encrypted network communications.

This kind of technology will first be used by governments and institutions, and in time it will become more widespread. Once quantum computers can crack RSA encryption technology, there will be a rush to acquire the new quantum encryption standard.

And we’ll be ready well before that happens in The Bleeding Edge.