Thank you to those who joined me for my special presentation last night. Our most valuable asset is our time, and I sincerely appreciate that you shared some of yours with me.

In fact, it is why I spend so much of my time every day working hard to make The Bleeding Edge a valuable resource to all of you who read it. Understanding the most important things that are happening in high tech and biotech makes us better informed investors. And this can also help us lead better and healthier lives.

We are living in an age of rapid technological development that has brought us explosive trends like 5G wireless technology, artificial intelligence (AI), machine learning, cloud-based software solutions, self-driving cars, and – of course – personalized medicine and biotechnology.

Biotech was late to the party. While these other big trends have been in motion for years, we are just now starting to see exponential growth in the biotech sector.

Not too long ago, this industry was a lot more “bio” than it was “tech.” But that’s not the case today.

The biotechnology companies blazing a path into the future of medicine are each deploying bleeding-edge technology. This has already led to some incredible breakthroughs, but we have only seen the beginning of what’s to come.

And as we discussed last night, there’s a little-known company that is about to make a historic announcement. Many people are going to find this breakthrough unbelievable. And there’s no doubt in my mind – this announcement will reshape the medical industry forever.

As a result, we will see this company’s share price skyrocket. My analysis suggests that gains of over 1,000% are possible. For that reason, this is a company that needs to be in every serious tech investor’s portfolio.

For readers who want to learn more about the work this little company is doing but were unable to attend my event last night, I have asked my publisher to make it available to readers of The Bleeding Edge for another week at no cost. Just go right here for the replay.

Thank you again for taking the time to read, and hopefully enjoy, The Bleeding Edge. Your support and engagement motivate me to do the work I do every day.

6G is picking up steam…

We have talked quite a bit about fifth-generation (5G) wireless technology in The Bleeding Edge this year. And the launch of the 5G-enabled iPhone 12 last month is the catalyst that will take 5G mainstream.

It may surprise readers to hear that now, with 5G set to boom, the industry is already talking about what sixth-generation (6G) architecture will look like.

In fact, the first meeting on 6G took place in Finland a year ago. That’s when industry experts met and launched the 6Genesis Flagship Program (6GFP) to develop, implement, and test the key technologies needed for 6G.

And this month, Nokia has taken the initiative to lead a 6G-focused group called Hexa-X in the European Union. The group’s goal is to jump-start 6G technological development.

The industry developments around 6G are not just happening in Europe either.

In North America, the Next G Alliance was started to research and develop not only 6G technology, but also the generation that comes after that. And the O-RAN Alliance is an international industry organization led by wireless operators around the world that is studying how these advanced wireless networks will be operated and optimized using software and advanced AI.

It may seem early for so many groups to begin focusing on 6G, but it makes sense. It typically takes a full decade to set the new technological standards and develop new wireless technology. This requires more than 100 companies to contribute input and intellectual property (IP).

So if we want to roll out 6G by 2030, we have to start building the foundation now.

And we now know what 6G will look like at a high level.

For one, we are talking about terahertz (THz), not gigahertz (GHz), frequencies. These are much higher frequency ranges than 5G uses. And they will enable even faster speeds, at least 10 times faster than 5G. There’s a lot more spectrum available in the THz range, which means significantly more bandwidth can be deployed.

These 6G networks will be almost entirely driven by artificial intelligence. AI will route traffic, mend the network when necessary, and connect people automatically – all with near-zero latency.

This kind of autonomous AI-driven network is the endgame. 5G is a step in that direction, but 6G will make it fully autonomous.

It may seem early, but this is where my research process starts – when things are in the laboratory. It is one of the key ways that I ensure that I can “see” the future well in advance. It gives me an incredible edge in my investment analysis for my subscribers.

So while we’ll stay focused on 5G for investment opportunities and recommendations, we’ll keep an eye on developments in the 6G space in The Bleeding Edge so that the subject matter will feel like second nature to us when the time to invest is right.

And if any readers haven’t yet invested in 5G, now is the time. Go right here to find out more about the best ways for investors to position themselves to profit as 5G kicks into high gear.

A Magic Leap-like technology is coming to Europe…

This is very similar to U.S.-based Magic Leap’s partnership with AT&T, which we talked about last year.

It makes sense for AR companies to partner with these big telecom players for two reasons.

First, AR companies can use their vast distribution channels. Vodafone and AT&T both have hundreds of millions of customers. It would be nearly impossible for Nreal and Magic Leap to get in front of that many consumers on their own.

The second reason these partnerships make sense is that it is easier to keep AR eyewear slim when it can be tethered to a smartphone. That way, the eyewear can utilize the smartphone’s processing power and connectivity. Otherwise, AR glasses would need additional hardware, which would make them bulkier and less appealing to consumers.

So Nreal is going to leverage Vodafone to launch its AR product in Europe. That begs the question – why haven’t we seen Magic Leap launch in the U.S. yet?

Regular readers may remember that I visited an AT&T store last year to test out Magic Leap’s technology. None of the employees at the store could help me. They didn’t know anything about Magic Leap’s system.

In fact, I set up the system and configured it myself in the store. What good is a distribution channel if it isn’t working to distribute the product?

That said, I was blown away by the technology. Magic Leap’s headset is amazing. I just had to figure it out on my own.

One issue with Magic Leap is the price point. The headset costs more than $1,000. That’s too expensive for a mass-market consumer product.

For comparison, Nreal’s eyewear will cost around $700. And Vodafone promises to be a better distribution partner for the technology.

So the only question left is, how is Nreal’s tech? 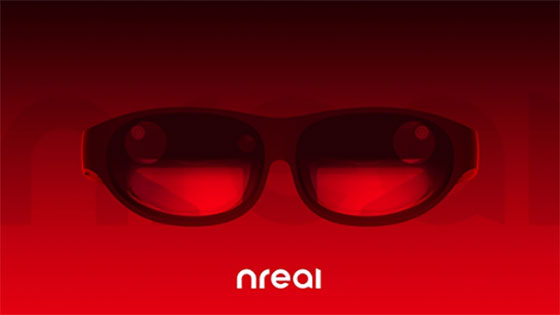 Well, the technology is not dissimilar to Magic Leap’s tech, and the glasses are slimmed down from what Magic Leap first went to the market with. That’s because there is more to this story…

Nreal was founded by an individual who came from Magic Leap. And the technology is thought to be so similar that Magic Leap accused Nreal of intellectual property theft. The case even went to court in California.

But Nreal is based in China, so it is hard for Magic Leap to pursue legal action. And the case was thrown out of court.

This controversy is why I don’t expect to see Nreal launch in the United States. It will avoid future litigation if it stays out of the U.S. market. That would be hitting too close to home, and it would likely reignite a legal battle with Magic Leap.

However, that problem may go away if I am right about Magic Leap selling itself to a larger tech company within the next 12 months.

Nreal’s European launch will serve as a catalyst for other AR launches in the United States next year. We can expect to see several of them in 2021.

Checking back in on Hayabusa2…

We talked about Japan’s Hayabusa2 mission back in October. This is the spacecraft that collected rubble from the asteroid Ryugu, which is 180 million miles away from Earth.

This mission is exciting because Ryugu was around during our solar system’s formation. Analyzing material from the asteroid will give us insight into what the solar system’s original chemical composition looked like.

Well, Hayabusa2 successfully returned its capsule of rubble to Earth, landing in the remote Australian outback over the weekend. 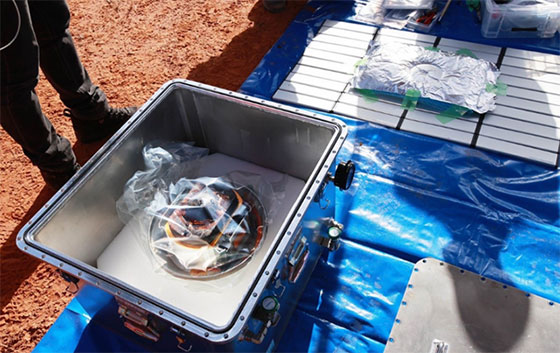 It is likely that this sample is already back in Japan by now. I can’t wait to see the results. I will have an update in The Bleeding Edge as soon as we know more.

And get this – Hayabusa2 is already on its way to another asteroid dubbed 2001 CC21 for another investigation. It’s scheduled to arrive around July 2026.

And from there, Hayabusa2 will venture out to asteroid 1998 KY26. Estimated time of arrival is July 2031.

So this spacecraft will be doing a lot of great work over the next decade. There’s no rest for this hardworking spacecraft from my adopted country Japan.

And don’t forget, China’s Chang’e 5 mission is set to return to Earth days from now. Hopefully, the results of the moon sampling will be shared with the scientific communities around the world.