For a few thousand dollars and the right connections, it is possible to purchase a specialized mobile phone that has removed all GPS technology so that the user’s location cannot be identified.

These devices are designed to run a single application called ANOM, which enables encrypted and completely covert communications. The device can even be remotely wiped in the event that it is lost to law enforcement or anyone else who shouldn’t have access to the device.

It’s something right out of a spy novel, and it’s very real.

Not surprisingly, the ANOM service has been very popular amongst the underworld. More than 300 criminal groups in more than 100 countries have found great utility using the technology.

But there was one unexpected problem…

ANOM was being run by the FBI.

The FBI had developed an asset involved in ANOM and took over the platform in 2018. Since then, the FBI has monitored over 27 million messages from more than 12,000 users around the world.

And it just pulled off one of the greatest sting operations in history. With the help of more than 9,000 law enforcement offices around the world, over 800 arrests in 16 countries have already taken place. Here is what has already been seized:

Quite the haul… And there will certainly be more to come.

The FBI played the long-game, patiently monitoring, collecting, and planning for the global bust.

It’s remarkable that with so many law enforcement organizations involved, these criminal groups weren’t alerted to the FBI’s involvement. It’s an impressive feat to have pulled this off so successfully.

For those who might be up to no good, one must wonder… What other encrypted communication platforms does the FBI have access to?

Talk about a cool development…

SpaceX, as usual, is doing something else that’s pretty incredible.

It just purchased two floating oil rigs. The company is now working to convert both rigs into floating spaceports that can support future rocket launches. Let’s have a look: 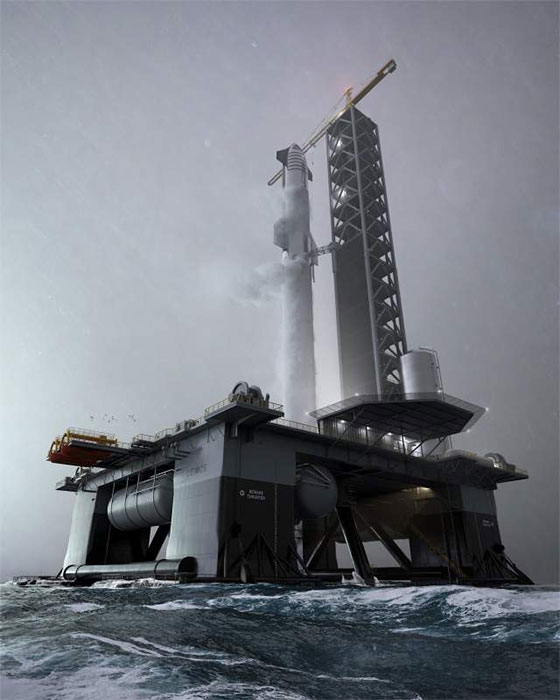 Of course, this is just a rendering. But it’s pretty much exactly what the spaceport will look like in real life.

These floating spaceports will support standard launch missions. This is something Elon Musk will be able to pull off. If it were anyone else, we would be rightfully skeptical.

And in typical Musk fashion, the names are quite interesting. The spaceports are dubbed “Deimos” and “Phobos,” named for Mars’ two moons.

SpaceX intends to launch both its Falcon 9 and its Falcon Heavy rockets from these spaceports. The Falcon 9 is the rocket that SpaceX has been using to launch its Crew Dragon spacecraft to the International Space Station (ISS).

And the Falcon Heavy is the rocket that will launch the Starship and other spacecraft directly to the Moon and Mars.

And that leads us to the question of why. Why a floating spaceport?

SpaceX has so many upcoming missions that it needs flexibility for where the upcoming launches will occur. Two floating spaceports will provide for even more launch capabilities at a more regular frequency.

But there’s a bigger motive at work here…

In addition to establishing a manned presence on the Moon and Mars, SpaceX also has ambitions for hypersonic commercial travel. This is a step up from supersonic travel, which we talked about yesterday.

Hypersonic travel involves launching a spacecraft at extremely high altitudes, just above the Kármán Line – the boundary between Earth and space. From there, the aircraft can travel much faster than it could if it were flying at lower altitudes within the Earth’s atmosphere.

We discussed yesterday how supersonic travel will cut commercial flight times roughly in half. Well, hypersonic travel would cut them in half again. As a result, passengers could fly from New York City to Tokyo in a matter of hours.

But here’s the thing – hypersonic flights would be expensive. As such, it would only make sense for these flights to be planned around the wealthiest cities in the world. From an American perspective, New York, Miami, Los Angeles, D.C., and San Francisco come to mind.

These cities are highly dense urban areas on the coast. It’s unlikely that there is room to build out an operational spaceport anywhere in or around these cities, at least not in the next several years.

So I think SpaceX will use these spaceports for future missions to the ISS as a proof of concept.

It will acquire more floating oil rigs, convert them to spaceports, and locate them in the waters around the world’s wealthiest cities as a means of launching its hypersonic civilian travel business.

It’s a deviously brilliant plan. And what a way to travel. I can’t wait to be able to fly to places like Tokyo in just two or three hours.

Speaking of space travel, Axiom Space is on the move again. The company just signed a deal with SpaceX for three more crewed missions to the ISS.

Axiom Space announced its first mission to the ISS last month. To bring new readers up to speed, this company plans to build the first privately owned, self-sustaining space station.

It will start with a single habitable module that will dock to the ISS in 2024. It will become the world’s first “space hotel.”

From there, Axiom plans to build an entire station around this module. Then, when the ISS is decommissioned sometime around 2030, Axiom’s space station will detach and stand alone so that the U.S. won’t miss a beat in space. 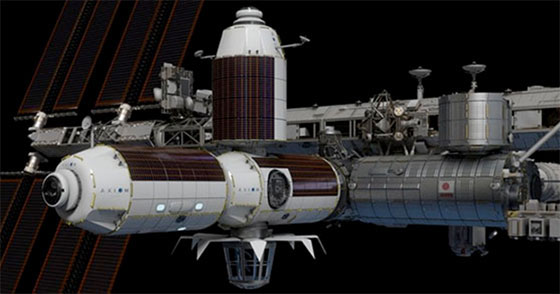 And it all starts with Axiom’s first manned mission to the ISS. That mission, dubbed Ax-1, is set to launch on a SpaceX Falcon 9 rocket with a Crew Dragon capsule next January… That’s mere months away.

I’m very impressed with the progress Axiom Space is making.

And it’s no surprise that Axiom chose to partner with SpaceX to make these missions possible.

SpaceX is not only the most successful and reliable aerospace company right now shuttling goods and people to space… It is also the most cost-effective way to get to orbit due to SpaceX’s use of bleeding-edge technology and the reusability of its boosters.

The two companies are moving very fast in what has historically been a slow-moving industry. This shows us the potential that private enterprise brings to space travel.

So this is the start of the world’s first private space station and “space hotel.” Axiom’s station will support private space travel as well as industry-sponsored research. And it will become a critical part of our new spacefaring civilization.

What an exciting time to be alive.

The Mt. Gox bitcoin hack may finally come to a settlement…

We’ll wrap up today with a fascinating story that still lingers from bitcoin’s early days.

Investors who are new to the world of digital assets may take it for granted that there are numerous exchanges and platforms out there that enable us to easily buy cryptocurrencies like bitcoin, ether, and many others. But in the early days, that wasn’t the case.

If we go back to 2013, Mt. Gox, based in Japan, was by far the largest digital asset exchange in the world. At its peak, Mt. Gox handled 70% of all bitcoin transactions worldwide.

But Mt. Gox used subpar cybersecurity and threat management protocols, and the exchange was hacked early in 2014. Mt. Gox announced that roughly 850,000 bitcoins had been stolen – all belonging to its customers. At the time, the bitcoins stolen were worth $450 million.

From there, Mt. Gox froze all remaining assets – the bitcoins it had left – and the exchange filed for bankruptcy in February 2014.

That set into motion a chain of lawsuits designed to help Mt. Gox customers recover at least a portion of their funds. Mt. Gox was insolvent – it didn’t have enough bitcoins to make customers whole.

But it did have some funds that could be returned to customers.

However, Japan’s legal system is slow and rigid. This devolved into a huge legal battle that’s still ongoing today.

But something interesting happened. The price of bitcoin skyrocketed.

By the time a civil rehabilitation suit was filed in 2018, the value of the bitcoins Mt. Gox still had was enough to warrant reimbursement payments to customers. That suit pegged the price of bitcoin at $7,000 and pushed to have all Mt. Gox customers proportionately reimbursed.

Per the terms, each customer would receive a base payment of 200,000 yen – about $1,800 – toward their claim. Then they could choose to receive about 21% of their original claim in bitcoin and yen, or they could hold out. By holding out, they could potentially receive a higher reimbursement percentage. But it isn’t guaranteed.

Well, due to Japan’s slow-moving legal system, that choice is just now coming up to a vote for those Mt. Gox customers participating in the lawsuit. The deadline to vote is October 8.

Yet the price of bitcoin has skyrocketed past the $7,000 peg that the civil rehabilitation suit stipulated.

As I write, bitcoin trades around $33,700, which means it’s up nearly 5x from where it was in 2018. That means anyone voting to take the payout now will receive only a fraction of what they would receive if the suit was based on today’s price.

So do they take what they can get now? Or do they hold out and try to get more, knowing that bitcoin’s price will continue to fluctuate?

What a fascinating case to watch unfold.

And by the way, the vote will be determined by a simple 51% majority. If 51% vote to take the payout, the Mt. Gox case will be settled for good. If 51% choose to hold out, the case will march on into the future.

Either way, we’ll check back in on Mt. Gox later this year. And we can be thankful for the fantastic, secure digital asset exchanges that we have at our disposal today.

In fact, if you want to learn one of my favorite ways to profit from digital assets like bitcoin, then go right here for the details.