I realize that many serious investors are still unsure about NFTs. But anyone who thinks NFTs are a fad is going to miss out on an incredible opportunity.

Even with the sharp pullbacks we’re seeing in the stock markets and bitcoin right now, the NFT market is the one space that continues to charge higher.

That’s because the technology underlying NFTs is about much more than just digital collectibles and art. This is the very technology that’s going to power the next generation of the internet – Web 3.0, as I call it. This tech is going to impact everything about how we earn money, transact, and interact in the future.

That’s why some of the biggest venture capitalists (VCs) in Silicon Valley are pouring billions into NFTs right now. They see the writing on the wall.

And we are rapidly approaching an event that’s going to send NFT adoption into hyperdrive. Investors must get a handle on NFTs before that happens.

That’s what my event tomorrow evening is all about. We are going to discuss, in-depth, the forces that are driving the NFT movement forward.

I also plan to reveal a set of new NFTs that we are minting right here at Brownstone Research. This has been a fun project that took months of hard work and planning, and I can’t wait to share it with you. Anyone who attends the event tomorrow night will have the chance to receive one of our new NFTs – absolutely free.

And, of course, we will talk about the big investment implications for us as technology investors today. I’ll also share my favorite ways to play the NFT boom.

So please join us tomorrow evening. The event is free to all readers of The Bleeding Edge. I only ask that you reserve your spot in advance.

Please go right here to do so.

Why Microsoft just made its largest acquisition ever…

Microsoft just agreed to buy gaming giant Activision Blizzard (ATVI) for $68.7 billion in an all-cash deal. This represents a premium of about 45% above where ATVI had been trading… And it’s Microsoft’s largest acquisition attempt ever.

We’ll talk about why Microsoft is swinging for the fences here in just a minute. But first I want to point out, we weren’t at all surprised by the acquisition.

Activision Blizzard is an active holding in our premium research service The Near Future Report. We established a position last year because we felt the company was an attractive asset in the gaming industry and materially undervalued.

If we remember, Microsoft has a history of gaming acquisitions. The company acquired the owner of Minecraft, Mojang Studios, for $2.5 billion back in 2016. And it bought gaming giant Bethesda for $7.5 billion just last year.

Microsoft is putting the pieces in place to build the equivalent of Netflix for the gaming industry… That’s what this is all about.

As we know, Microsoft’s gaming division has become quite formidable. It features the Xbox gaming console line, which is one of the most popular gaming consoles in the world.

Microsoft also offers a monthly subscription service with its Xbox Game Pass. We can think of this as a streaming service for gamers. It allows Xbox players to access a large library of games on demand.

Thanks to both console sales and its monthly game pass, Microsoft’s gaming division brought in $15.4 billion in revenue last year… nearly 10% of the company’s annual revenue.

And this demonstrates how the gaming industry has exploded in popularity since the COVID-19 pandemic. People are spending more time and money on home entertainment, and gaming is a big part of that.

Microsoft is moving to capitalize on this trend. The company is steadily building out a gaming empire. The end goal is to build out a game streaming service based on the Netflix model.

Of course, Microsoft’s biggest hurdle here could be the regulators.

Lawmakers will assess the Activision Blizzard acquisition. It could be seen as anti-competitive. Microsoft could make Activision’s games exclusive to the Xbox, thus cutting off access to other consoles like the Sony PlayStation and Nintendo Switch.

I believe the deal will ultimately go through, however. Microsoft has managed to stay out of the regulatory crosshairs in recent years.

Having games exclusive to a single console is normal in the gaming industry. Each platform does it. It would also be easy for Microsoft to commit to maintaining a certain number of key games on competitive consoles like Sony’s PlayStation.

2022 has already proven to be an exciting year for the gaming industry.

These two massive deals happened in just the first month of the year.

The reality is, everyone is in play right now: Electronic Arts, Epic (currently private), Roblox, Square Enix, and Ubisoft are all potentially attractive targets.

The largest AI rollout in the restaurant industry to date…

This is the largest deployment of AI in the restaurant industry to date. And it certainly confirms a major trend that we have discussed in these pages.

Presto at a Checkers Drive-Thru 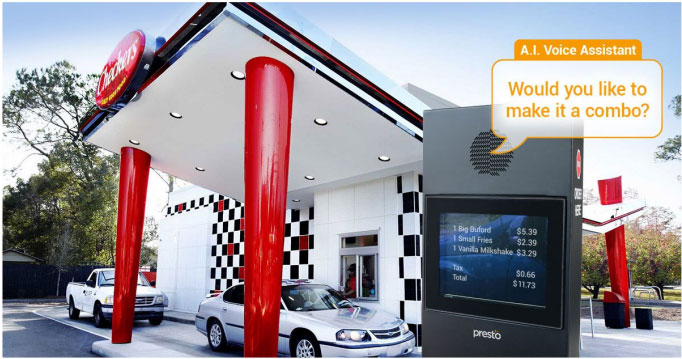 Apprente developed AI-based voice ordering technology to automate drive-thru windows. McDonald’s found Apprente’s technology so compelling it preemptively took Apprente off the market so that it could use the technology for itself… it’s worth saying that McDonald’s isn’t the kind of company known for acquiring technology companies.

Well, Presto stepped up to fill the vacuum left by McDonald’s acquisition of Apprente. And the Checkers deal is clearly in response to the labor shortage that some have referred to as the “Great Resignation.”

Simply put, restaurants – especially fast food and fast-casual chains – have had a difficult time staffing up to operate at full capacity. There just aren’t enough workers willing to fill all the open jobs in the industry.

The AI voice service can do the same work as one full-time employee, without needing days off. And it’s good enough to fill 98% of all orders correctly.

In the rare circumstance where the AI doesn’t understand what the customer is asking for, it funnels the call back to a human.

And here’s the kicker – the AI voice ordering service successfully upsells customers 20% of the time.

This is something that all restaurant workers are trained to do – for example, “Would you like fries with that?” Yet many workers either forget to upsell, or they choose not to. Not doing so is literally leaving money on the table.

However, the AI upsells each and every time. As such, it increases the overall ticket size to drive more revenue for the restaurant.

This AI voice ordering tech can be deployed at the drive-thru and inside the restaurant.

I’ve seen it at work at the counter: a cashier asks for the customer’s order, but a small, non-descript box next to the cash register is “listening.” The customers often don’t realize it, but the AI is the one taking their order.

The bottom line? We’re at the start of a big trend here.

Checkers will deploy this technology at all company-owned stores this year. In fact, that rollout already started last August.

And once it has demonstrated how well the tech works, Checkers will offer the same tech to its franchisees who want to leverage it. This tech will be widely adopted, as it increases revenues and reduces operating costs.

This is a fantastic example of employing AI in a very practical manner. And it’s something that we as consumers will soon be able to experience in person.

If anyone gets a chance to stop by a Checkers in the coming months and talk to the Presto AI, I’d love to hear from you. Please tell me about your experience here.

The U.S. Air Force is investing in supersonic flight…

Early stage aerospace company Boom Supersonic just took in a $60 million investment from AFWERX, which is the technology investment arm of the U.S. Air Force. This is yet another milestone that will accelerate the development of Boom’s supersonic jets.

It’s been about six months since we last checked in on Boom Supersonic. As a reminder, Boom is my leading candidate to replace the old Concorde, which was retired almost two decades ago in 2003. 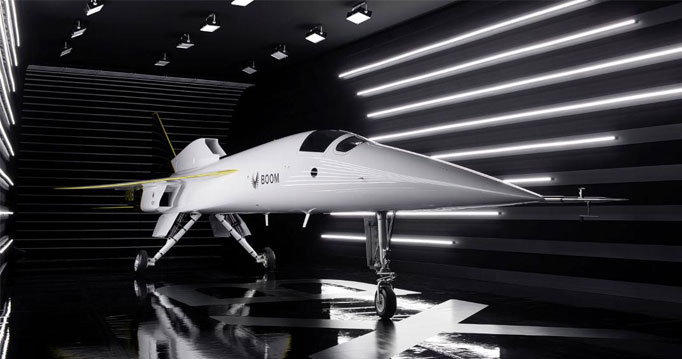 This jet represents the next generation of commercial flight. It’s 71 feet long and can fly at speeds of Mach 1.7. That’s about 1,300 miles per hour – twice as fast as commercial airliners today.

So it’s easy to see why the U.S. Air Force would be interested in this technology. Its official statement is that it will use Boom’s supersonic jets for “executive transport, intelligence, surveillance, reconnaissance, and special operation forces.”

This is a big vote of confidence in the work Boom Supersonic is doing.

And if we remember, United Airlines has already agreed to purchase 15 of Boom’s supersonic jets.

United’s order for these jets, years before they are ready for commercial flights, is clearly an indication of the demand for a modern, Concord-like aircraft. And they can potentially cut flights like New York to London, or Seattle to San Francisco, in half.

Clearly, Boom Supersonic is doing great work. 2022 will also be a big year for the company. It will soon conduct its first flights of the XB-1. And next year will mark the beginning of construction of its full-sized supersonic aircraft.

It’s amazing to me that it has been nearly 20 years since we’ve had a supersonic flight. I’m excited to watch Boom step up to bring this technology back.

P.S. Like I said above, tomorrow night is all about NFTs. If you’re curious about the opportunity here… or simply want the chance to get an NFT of your own, please tune in.

To sign up, simply go right here to RSVP.