I fear for his life.

On Friday evening, Elon Musk pulled back the curtain on Twitter and released the first of what is suggested to be many drops of what’s being referred to as the “Twitter Files.”

Since acquiring the company, Musk has been on a mission to clean up Twitter and return it to its original mission statement of giving its users the “power to create and share ideas and information instantly, without barriers.”

In order to do that, he’s made it a priority to find out how bad the suppression of free speech has become.

Musk on Freedom of Speech

To Musk, this is an existential issue for a free and democratic society. He believes, as I believe most of us do, that freedom of speech is a constitutional right. And he also believes that “the public deserves to know what really happened…”

And that’s what the “Twitter Files” are about – lifting up the carpet to understand what’s been swept under the rug.

This is one of the smartest things that any executive can do when taking over an organization that’s failing, or that’s known to be corrupt or dysfunctional. Maintain objectivity, figure out what happened, make it a matter of public record, clean it up, and get back to growth.

There’s no better way to restore trust and give new life to a company or a division of a company. And in this case, that’s the restoration of constitutional rights.

The first drop of the “Twitter Files” should be on the front page of every newspaper. None of us should be surprised that it’s not. The files document in detail the efforts of a political party – and those at the highest levels of government – to actively suppress public information.

They document how celebrities, scientists, politicians, and even those who are relatively unknown were banned, censored, or de-platformed all because of sharing factual information or opinions that ran counter to a desired narrative.

I fear for Musk’s life because the first drop of “Twitter Files” regards the documented efforts to suppress information in an effort to influence the outcome of a presidential election. And the information being suppressed details links to corrupt and illegal activities connected to a sitting Vice President and presidential candidate.

These are very powerful people that Musk is tilting against – and this is only the first of what will be shared.

The media is trying to ignore what’s happening at Twitter right now, but the numbers show us something incredible…

Twitter is now averaging more than 2 million new sign-ups every day. And user minutes has also reached all-time highs. Also positive is that hate speech impressions have dropped significantly, and great progress has been made to reduce the number of bots active on the platform.

The amount of progress that’s happened in such a short period of time has been impressive.

While dangerous, Musk is demanding transparency from his own company. The end result will be far better as a result. While the numbers are promising, there’s clearly a lot more hard work to be done.

Of course, the big question is: How deep is the rabbit hole?

We just had a first in the aerospace industry. Rolls-Royce conducted its first-ever test of an aircraft engine using hydrogen fuel. Here it is: 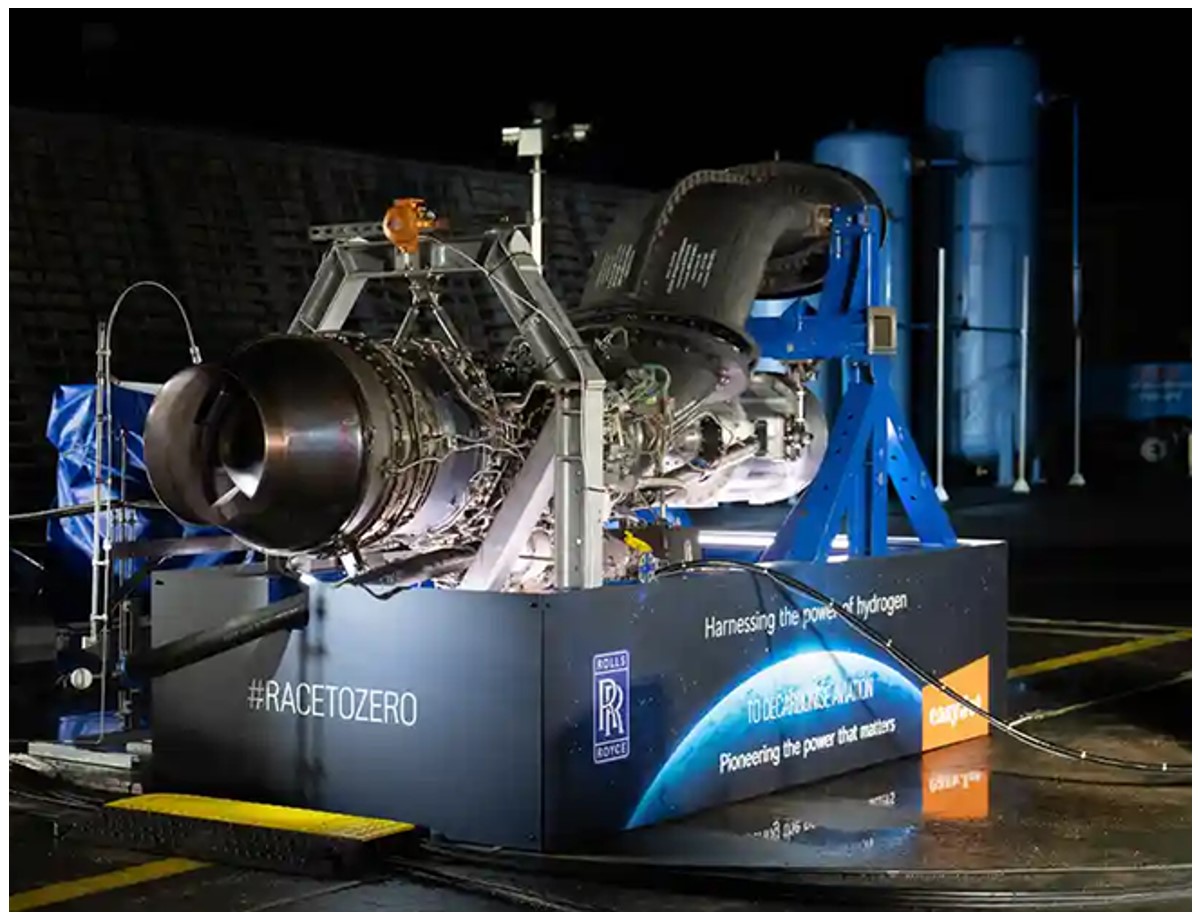 Most people don’t realize this, but Rolls-Royce is one of the largest manufacturers of jet engines in the world. So its experiment with hydrogen fuel is significant. It demonstrates that there’s a lot of interest in hydrogen fuel within the aviation industry.

The benefits are that hydrogen is extremely lightweight. And it doesn’t generate any carbon emissions. The only byproduct of burning hydrogen is water.

But there are a lot of sticky issues that come with hydrogen as well. This is what the mainstream press doesn’t talk about.

For starters, 95% of all hydrogen fuel is produced by fossil fuels. That means that it’s not clean energy.

Hydrogen fuel may not give off emissions… but the process of making it certainly does. And it takes more units of carbon-based energy to produce a unit of hydrogen, so net energy utilization is higher than if we just used gasoline or aviation fuel.

This alone makes it uneconomical. To me, it’s stupid to produce hydrogen fuel because it consumes more energy to produce than it provides.

And it gets worse…

Hydrogen is four times less energy-dense than gasoline. That means you need even more space to store the hydrogen fuel to get the same output as gas-powered engines.

And because the molecules are so small, hydrogen leaks very easily. But hydrogen gas is invisible. That makes it hard to find those leaks.

Making this even more problematic, hydrogen gas is flammable. But the flame is invisible.

So the hydrogen could be leaking and on fire… but we wouldn’t be able to see it. Obviously, that makes hydrogen quite dangerous to work with.

The bottom line is that hydrogen fuel just isn’t tenable right now. The press will make a big fuss about it, but there are too many unsolved problems right now for hydrogen to become viable.

That said, there is a path forward.

How to 3D print Moon bases…

We had a look a few weeks ago about how construction tech company ICON is 3D-printing an entire neighborhood in Austin, Texas. Well, it seems standard homes aren’t the only structure the company can build.

If ICON can pull this off, it will solve a huge problem.

If humans are to have a permanent presence in space, we’ll need to have specialized structures in place. It’s not practical to build those structures on Earth, launch them into space, and then guide them down to where they’re going. That would consume an enormous amount of energy.

In an ideal world, we’d build our structures in space using the materials available to us there. That’s what ICON’s tasked with figuring out.

Think about this – the temperature on the Moon can swing between 250 degrees to negative 208 degrees Fahrenheit. We’ll need buildings that can moderate these wild swings.

There’s also much higher radiation levels on certain parts of the Moon. We’ll need buildings that can mitigate this.

And if that weren’t enough, micro-meteorites are constantly pummeling the lunar surface. Our structures will need to account for this.

So I’m very interested to see what ICON comes up with here. It’s almost certainly going to be unlike anything we’ve seen before.

Just to whet our appetite, here’s a mock-up of ICON’s vision: 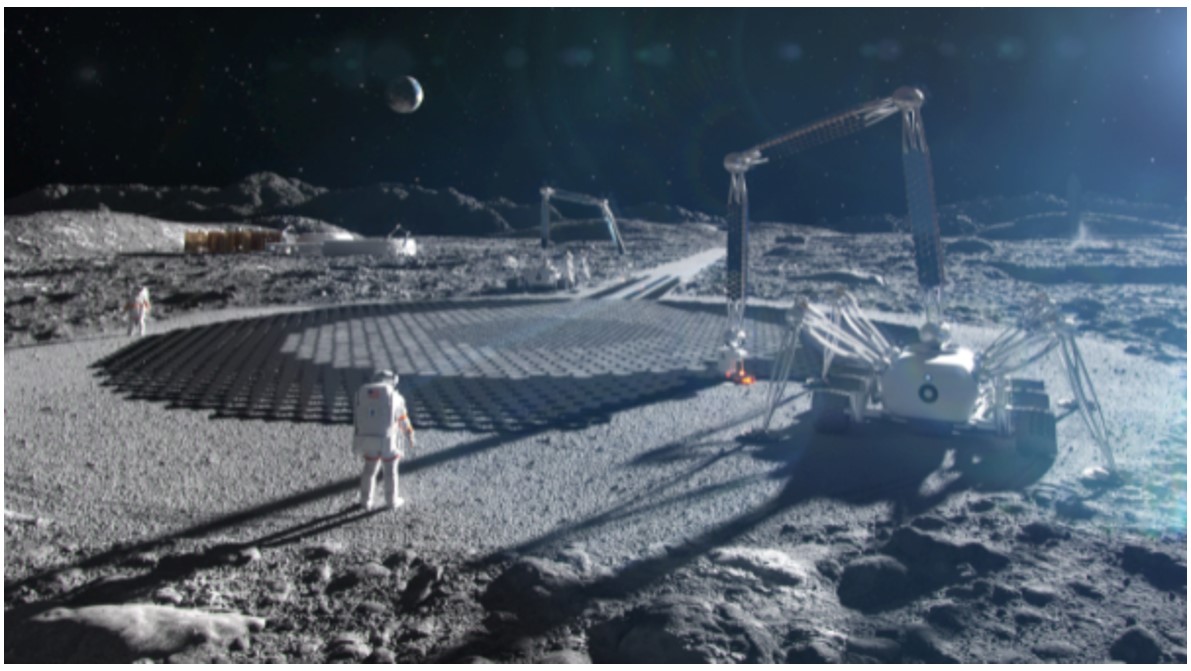 This is cool. Here we can see what a construction site on the Moon could look like.

Needless to say, I’ll be tracking this very closely. It signals that NASA is very serious about having a manned presence in space.

The AI that can detect human emotion…

We’ll wrap up today with an interesting development on the artificial intelligence (AI) front.

We’ve talked a lot recently about how companies like Amazon, Google, Meta, and Microsoft have applied AI to speech translation. We’re at the point now where Google’s AI can translate over 400 languages directly.

That’s quite the feat. And obviously, there are all kinds of applications for speech translation. But there’s an early stage company out there that’s doing something even more interesting in this space.

The company is called Deepgram. And it developed an AI that can not only translate speech… but also detect emotion and assess the intent of the speaker as well. Here’s how it works…

Deepgram can translate speech in real time – just like Google, Meta, and the rest. And as it’s translating speech, the AI also encapsulates the speaker’s emotion and intent in the form of metadata. This gives us a rich understanding of not just the speaker’s words, but the emotions behind them.

For example, humans are great at sarcasm. But sarcasm often doesn’t come across in writing or translations.

So, if we’re simply reading an AI’s translation, we could never know if something was said sarcastically. With Deepgram’s AI, now we can.

If we think about this being applied to an enterprise setting, for the first time we could determine if somebody was sincere in their commitments, or if they were actually hesitant. We could also tell if someone was genuinely excited about something… or if they were just faking it.

No doubt, this is an incredibly powerful tool. And we can see how it would be useful.

At the same time, this is also disconcerting. Where do we draw the line and say this is an invasion of privacy?

And what happens if the AI gets it wrong? What if it detects malicious intent where there is none? Obviously, that could lead to big problems.

So this advancement is exciting and a bit scary at the same time.

But from an investment perspective, Deepgram is a company we need to be tracking very closely from here. Let’s add it to our early stage watchlist.