Before we get to today’s insights, I want to make sure all readers are aware of my Investment Accelerator event taking place tomorrow night at 8:00 p.m. ET.

This event is all about how we can turbocharge our investment gains in the months and years to come. To that end, we will cover a wealth of topics.

We’ll discuss what I see as the five best investment opportunities staring us in the face right now. I believe we could make 10 times our money on these investments over the next five years.

We will also talk about some new investment strategies that we will pursue at Brownstone Research this year.

As regular readers know, my mission in launching Brownstone Research is to turn the tables on Wall Street.

For way too long, the world’s best investments have been roped off for the institutions, funds, and high-net-worth individuals with millions to invest. Normal investors have been locked out of the best opportunities.

I have spent the last several years developing strategies to stack the deck in favor of normal investors. Tomorrow night, we’ll talk about what our investment focus will be in 2021.

I will also pull back the curtain on two brand-new projects that I have in development right now.

Here’s a hint. One of them involves using artificial intelligence (AI) to flip the script on Wall Street even more.

So please join me at my Investment Accelerator event tomorrow night. We’ll get started at 8 p.m. ET sharp.

Google’s master plan is in motion…

Back in May 2019 – shortly after we launched The Bleeding Edge – I penned an insight with the headline “Google Wants in Your Car.” At the time, I predicted that Google was making moves to get its Android operating system into cars specifically to gather even more behavioral data on us.

And that prediction just proved to be true…

Google announced a six-year partnership with Ford. Per the deal, Google will integrate its Android operating system into millions of vehicles under the Ford and Lincoln brands starting in 2023.

These are “infotainment” systems that will replace Ford’s existing dashboard systems. And they will include the voice-activated Google Assistant platform, Google Maps, Google Pay, and other useful applications right on the dash.

Drivers won’t have to fiddle with a smartphone to access Google’s relevant software applications and voice assistant.

Google’s tech will be in many Ford and Lincoln cars starting with the 2023 models. That’s less than two years away. And this timeline tells us that Google has been working with Ford behind the scenes for a while now.

In the auto industry, two years is a very short time. Carmakers typically lock in their design models three or four years in advance.

And that means the designs for 2023 Fords and Lincolns were likely finalized last year. Google and Ford must have already ironed out all the details well before this announcement came out.

And it’s all part of Google’s master plan…

As we have discussed before, the average American spent nearly one hour per day driving in their car prior to the COVID-19 pandemic. From Google’s perspective, that’s an hour every day that it cannot use to gather behavioral data and serve ads to drivers.

And that’s why Google wants to get its Android operating system in the car. It will provide Google with information such as the owner’s driving patterns, most frequented shops and restaurants, and music preferences. And it will even have the ability to hear and “understand” the conversations that we have in the car.

This additional information will help Google build a more robust profile on consumers. And it can then sell this information to advertisers to make even more money.

It is all leading up to Google’s self-driving initiatives.

As we discussed last year, Google’s overall strategy with its self-driving division Waymo is to license its autonomous driving technology to carmakers rather than become a carmaker itself.

This is the same product strategy that Google used for its Android operating system for phones. It develops its Google Pixel phones for the primary purpose of providing a reference model to the industry. And this then proliferates the most advanced features of Android OS around the world.

It is a strategy that has worked extremely well. Google’s Android OS has about 87% global market share in the smartphone industry.

I always get a chuckle when I hear someone claim that Apple is a monopoly. They have it backwards. Google is the one with the monopoly. Its software literally controls most of the world’s smartphones.

That’s actually a great concern to me. The company’s entire business model is built on collecting behavioral data about everything we do and say, which it then sells to advertisers.

And one of my biggest predictions for 2021 is that we’ll see Waymo announce its first licensing deal with a major carmaker. It’s the next logical step to take control over the entire car, not just the infotainment system.

Once self-driving cars become prevalent, Google will be able to serve ads to people on their daily commute. And they’ll be able to do so directly through the Android system on the dashboard and on screens built into the seats to serve the other passengers. This is a ploy to capture even more of our attention.

And Google isn’t the only company that recognizes this untapped market. That’s why we are seeing companies like Apple and Microsoft make moves to break into the auto industry. It’s a land grab of sorts.

So this will be one of the biggest stories of the year. Next, we can expect to hear big news from both Waymo and Apple in the coming months.

We added U.S.-based rocket company Astra to our early stage watchlist last month after its big Rocket 3.2 launch. It turns out that our timing was perfect – Astra just announced that it is going public.

To bring newer readers up to speed, Astra is backed by Salesforce CEO Marc Benioff. Benioff is to Astra what Elon Musk is to SpaceX and Jeff Bezos is to Blue Origin.

And Astra is focused on cheap launches for small payloads. It specializes in getting payloads up to 100 kilograms – roughly 220 pounds – into orbit. That’s its niche. 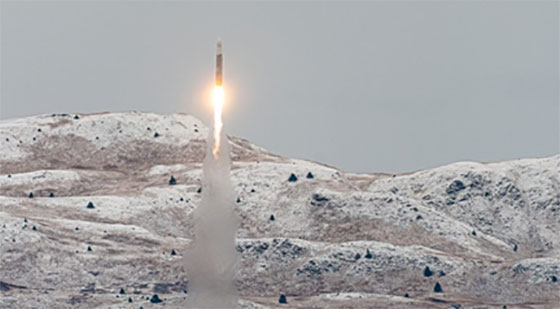 What’s exciting here is that Astra has gotten the price of its launches down to just $2.5 million per launch. At that price, mid-sized companies will finally be able to afford to launch their own satellites into orbit.

In a sense, Astra is democratizing the ability for companies to launch their own satellites. This is no longer something that is limited to governments and large corporations.

So I am very excited to see this innovative company announce that it is going public.

But Astra isn’t going the traditional initial public offering (IPO) route. Instead, the company is going to back into a publicly traded special purpose acquisition company (SPAC) called Holicity. This will cut down on the costs of doing a traditional IPO significantly.

But as excited as I am about the work Astra is doing, I must offer a few words of caution here.

Astra is going public at a $2.1 billion valuation. Yet the company’s first launch won’t happen until the end of the year. That means it will likely have less than $10 million in revenue for 2021.

And looking ahead to 2022, Astra forecasts revenue of roughly $67 million. That means the company will go public with a forward enterprise value-to-sales (EV/sales) ratio of more than 31.

While that’s not as inflated as the valuations we have seen with companies like Zoom and Slack, we must remember that Astra is not a high-margin software company. It is a hardware company with a lot of fixed costs.

In fact, Astra will lose money on each of its launches later this year. And it projects gross margins of only 20% for 2022. Compare that to the gross margins of well over 70% for many top software companies.

The bottom line is that an EV/sales ratio of 31 is way too high for a low-margin company like this. I would advise investors to wait for a material pullback before investing in Astra.

That said, I am incredibly excited to see another aerospace company with good technology go public. And I expect this will pave the way for other private space companies like Blue Origin and Relativity Space to go public in the near future as well.

The next software giant is on the rise…

A company called Databricks just raised a whopping $1 billion in its Series G venture capital (VC) round. I doubt many investors have heard of this company before. But whenever we see such a massive VC raise, we should definitely pay attention.

Founded in 2013, Databricks is a big data software company. It specializes in helping other companies analyze massive amounts of data.

Amazon, Alphabet, Microsoft, and Salesforce each invested in Databricks’ $1 billion Series G round. That alone tells us that something big is going on at this private company.

What’s more, we saw late stage money from investors like T. Rowe Price, BlackRock, and the Canada Pension Plan Investment Board. That means the company is tracking for an IPO. This will likely be its last VC round as a private company.

Databricks has now raised $1.9 billion in venture capital since its founding. And this latest round values the company at $28 billion.

Looking at the financials, Databricks grew its revenue 75% last year to $450 million. At a $28 billion valuation, this implies an inflated EV/sales ratio of over 62. That’s certainly not a bargain. Yet Amazon, Google, Microsoft, and Salesforce were each willing to invest at these levels.

That suggests to me that one or more of these companies attempted to acquire Databricks, but it resisted all acquisition attempts.

From here, one of two things will happen. Either one of these big tech companies will write a truly massive check to acquire Databricks, or it will go public within the next 12 months.

Of course, my preference is the latter. Databricks could make a fantastic investment target for us down the road at the right valuation.

So it will be fun to watch this story play out. Let’s add Databricks to our early stage watchlist.