It’s very time-sensitive, so I recorded a short video I’d like everyone to watch… It should only take a couple of minutes of your time. Simply click on the image below to learn more: 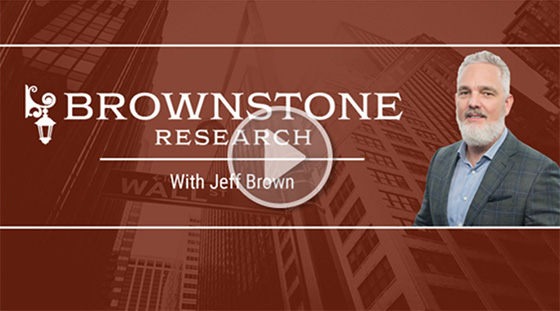 And whether or not you’re an accredited investor, I’d love to have you join me tonight at my Private Deal Room event. Simply go right here to reserve your spot and learn the name of a key company about to give us the chance to invest at an incredible valuation…

Now on to our topics…

This tech sector is still on fire right now…

One of the hottest industries right now in the world of technology is gaming.

That’s right – amid all the market volatility and economic contraction, we are still seeing incredible activity happening in the gaming space. That may seem surprising.

In fact, $7.2 billion worth of venture capital (VC) poured into early stage gaming companies through June. That’s a new record. Never before has so much funding flowed into this industry within the first six months of the year.

And some of the most prominent VC firms are leading the charge.

What’s more, this investment crosses both legacy Web 2.0 gaming companies and blockchain-based Web 3.0 companies. The venture capitalists are bullish on the entire industry.

This is exciting to see. The VC industry is allocating record levels of capital to gaming companies for one reason – they see incredible growth ahead.

Given the activity that’s already occurred, 2022 is shaping up to be a record year for VC investment in the gaming industry.

There’s no sign of this trend slowing down… And at Brownstone Research, we know that one of the most exciting gaming companies out there will be raising capital in the next few weeks. This is a company that has some brands that I’d bet every reader would recognize.

And here’s the best part – this company is raising capital through a Regulation A crowdfunding round. That means it’s open to all investors. Anyone who wants to invest in this company while it’s still private can do so.

If you would like to learn more about this company, and how to participate in the early stage investment round, tune into our Private Deal Room event tonight at 8:00 p.m. Eastern Time. Please go right here to RSVP.

The race to release a mass-market augmented reality (AR) product is heating up.

We talked about how Meta Platforms, formerly Facebook, recently launched a “boots on the ground” research project around AR in the U.K.

In this initiative, Meta employees wear the company’s AR glasses around major cities to collect data. The glasses record video and audio, and they track the wearer’s eye movements and location info.

Google just started testing its AR glasses in several U.S. metropolitan areas. These tests are much like Meta’s – Google employees are going around collecting data through the glasses.

And like Meta, Google isn’t hiding what it’s doing. There is a small light on the glasses that indicate when they are collecting data. And anyone who is concerned can have their data removed, or deleted, just by asking.

So this is absolutely an effort to pick up the pace of development. Google’s goal is to have a major AR product launch within the next 24 months.

What’s interesting about Google’s AR is its glasses are focusing primarily on transcription – taking in speech and displaying the speech visually as text on the glasses’ interface for translation. Using these glasses, we could be dropped in a foreign country and easily navigate daily life.

Here are the glasses in action as they transcribe the speaker’s voice from English to Spanish into text. The man’s reaction to the text visualization is particularly noteworthy:

This is a great demonstration of just how useful Google’s AR glasses will be.

And as we can see, the glasses look remarkably normal. The form factor might be a touch bigger than normal glasses, but it’s not terribly noticeable. Most people won’t even realize that these are AR glasses.

This is very exciting.

Google is getting much closer to having a product capable of attaining mass-market adoption. Presuming the translation and features work as they should, this product could have immense utility to just about anybody.

And if any readers happen to see a Google employee testing these glasses in your city, please let me know. I’d love to hear about it. You can write to me here.

A pick-and-shovel infrastructure play on the NFT industry…

An interesting early stage seed round just caught my eye.

In addition, major players in the crypto industry are also backing Optic. Circle, Polygon, Lattice Capital, and NFT marketplace OpenSea are all investing in this company. That’s a great sign.

That said, what Optic is doing really has my attention. This company is merging two technologies – artificial intelligence (AI) and blockchain.

More specifically, Optic has developed an AI to authenticate non-fungible tokens (NFTs). The reality is that the NFT industry has grown so much, there are now literally millions of NFTs that have been produced… so it is no longer possible for humans to analyze this market at scale.

And while NFTs may be visually represented by some kind of 2D or 3D image or artwork, they often come with other attributes that can convey value in both a digital world, as well as the real world. This is why authentication is important – it is a way to verify ownership.

And that’s just scratching the surface. There are all kinds of interesting and useful applications for NFTs.

But we can’t overlook a key issue – how do we confirm that a person truly owns the NFT they say they do? The issue isn’t just about bragging rights either. As mentioned earlier, there can be real value associated with an NFT, or even income of dividend payments.

Many people falsely claim that NFTs can be stolen by simply capturing a screenshot of an image. This might give the appearance of owning an NFT, but there would be no way for the “thief” to have access to any of the attributes or cash flow that might be associated with the real NFT.

This is why authentication services are so important to the industry, and that’s where Optic’s technology comes in.

Optic’s AI analyzes an NFT image and compares it to the original mint. If there are any slight alignment or resolution differences, the AI will know. And that’s a major red flag that the NFT is a copy.

This kind of authentication will become incredibly important as the NFT industry grows. And Optic plans to build application programming interfaces (APIs) that can plug into any platform and scan millions of NFTs every single day.

As we have seen from incredibly successful API companies like Plaid, this is a fantastic business model.

If implemented correctly, Optic is in a great position to capture a big chunk of market share in what will become a huge market.

While NFTs have pulled back with the rest of the crypto market this year, this is just a temporary blip in what is an explosive growth market. NFTs can function in so many different ways, the technology will continue to build out and advance in the coming years.

So this is a company we’ll be following closely going forward. We can think of Optic as a pick-and-shovel infrastructure play in the burgeoning NFT industry.

This is something all readers interested in private investments will benefit from tremendously. We’ll talk about the state of the industry, and I’ll share with you the name of the exciting gaming company that we’ll soon have the opportunity to invest in.

Again, it all kicks off in just a few hours. Go right here to reserve your spot.